Another great release by Van Morrison 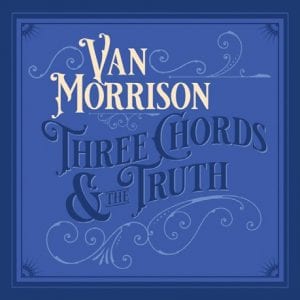 This cover image released by Exile/Caroline International shows “Three Chords And The Truth,” a release by Van Morrison.

Don’t judge a book by its cover, or, at least with Van Morrison, an album by its title.

Arriving on the heels of a successful series of records combining some of his own composition with plenty of R&B, blues and jazz numbers, you could expect a name like “Three Chords and the Truth” and the stylized lines of the cover art to point you toward a collection of country classics.

Instead, Van the Man’s sixth(!) album in four years gathers over 67 minutes of Morrison originals, its 14 tracks among the most easy-going-in-a-good-way he’s released in ages.

Morrison can be a wonderfully loose improviser and there are plenty of moments, some ephemeral, like the strums at the end of opening track “March Winds in February,” when the spontaneity of the poetic champion and his band survives intact.

Morrison, who also produced the album, brings “Astral Weeks” guitarist Jay Berliner back into the fold on six tracks to add some very fine acoustic guitar leads. On the soulful title track, as well as on the rollicking “Early Days” which features Morrison’s honking sax, he revisits career beginnings, a theme he’s tackled before which evidently continues to inspire him. “Bags Under My Eyes,” sounding like a Willie Nelson homage, has tongue softly in cheek as it mourns the consequences of life on the road again.

The unfortunate character in the R&B workout of “You Don’t Understand” is either suffering from a persecution complex or has really had it rough, a sentiment that also drifts over to “Read Between the Lines.”

“In Search of Grace” recounts a woman’s mysterious disappearance 50-odd years ago to a tune reminiscent of the Impressions’ “People Get Ready,” while closer “Days Gone By” is nearly eight minutes of earthbound mysticism built on folk foundations similar to those which elevated many of Morrison’s best albums in decades past.

After a couple of quiet periods earlier this century, Morrison’s studio hot streak continues unabated with “Three Chords and the Truth.”