Another meth lab is found in Letcher Co. 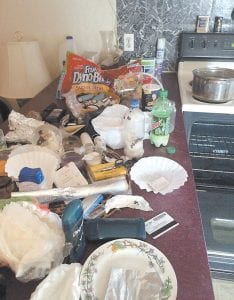 ‘METH PERCURSORS’ were found during a search of the residence belonging to Michael Caudill of Isom.

A methamphetamine lab was found in an Isom home March 28.

“It is becoming an all too familiar scene, finding meth labs throughout the county,” said Lt. Brian Damron of the Letcher County Sheriff ’s Department.

“We would like to tell anyone in the community that thinks that they see materials related to meth labs to contact the shares department immediately,” said Damron.

A meth cleanup team disposed of the meth lab.

Bledsoe has charge of the investigation, which will be brought in front of a Letcher County grand jury.