Lawmakers want due respect given to Appalachian dialect

By JONATHAN MATTISE
The Associated Press 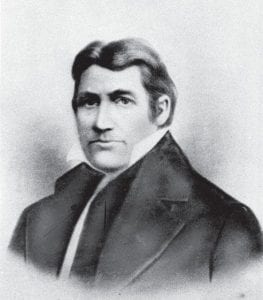 Lawmakers give the pronunciation lesson in a resolution calling for an official state manual called the Tennessee Blue Book to discuss how people in Appalachia talk. A Senate panel advanced the proposal this week.

The push by Republican Sen. Steve Southerland of Morristown, Tenn., says Appalachian people are often misrepresented and misunderstood by society, and their dialect is often disparaged.

The resolution counters that Appalachian is a “fully legitimate dialect and most deserving of the respect afforded other dialects of American English.”

The resolution links Appalachian linguistics to early influencers. It says a “pone” of cornbread is borrowed from the Native American language Algonquian; having “boo coos” of something links to the French “beaucoup;” and that “might could” is a com- pound helping verb influenced by the Scotch-Irish.

“I liketa have all of you all vote for it,” Southerland told the Senate committee. “’All of you all’ is plural to y’all,” he added, drawing some laughs.

The resolution also ties the speech of Appalachia to other parts of the country, noting that Tennessean Davy Crockett and other Appalachians traveled to parts of Texas, likely bringing the construction “liketa” with them.

The resolution calls for Appalachian lingo to be covered in the Tennessee Blue Book, published every two years by the Secretary of State’s office. It serves as a manual on the state and its government, and includes a section named “A History of Tennessee: The Land and Native People.”

Republican Rep. Jeremy Faison of Cosby, who is pushing the resolution in the House, said people might think it’s a little bit funny, but they’re fascinated when they start hearing the history.

“The Appalachian language is the oldest language in the state of Tennessee, and it has rich history all throughout America that stretches all the way from New England to Texas,” Faison said. “Our dialect is a beautiful dialect, and I want it to be honored in our Blue Book.”