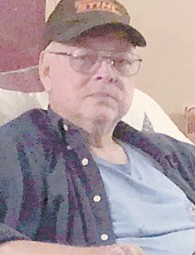 A son of the late Archie and Rachel Hendrix Holbrook, he was the widower of Cleo Wampler Holbrook. He was also preceded in death by a son, Chris Cates.

Funeral services were held March 19 at Letcher Funeral Home. Burial was in the Holbrook family cemetery at Ermine.