Are you ready to replace your moisturizer with pill? 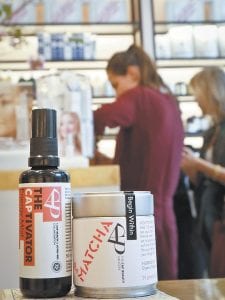 The makeup industry is trying to convince women that looking good on the outside starts from within, but it’s unclear if the products they’re trying to hawk are safe and effective. (AP Photo)

The makeup industry is trying to convince women that looking good on the outside starts from within — but it’s unclear whether the products they’re trying to hawk are safe and effective.

Big-name beauty companies and retailers including Sephora and Urban Outfitters are rolling out pills and drinkable liquids loaded with exotic herbs, vitamins, seeds, berries and substances such as collagen. The products promise to do things such as firm up skin and improve its natural glow.

The trend is picking up steam. Although a small portion of the $16 billion beauty products market, sales of beauty supplements targeting the face have grown from less than $1 million in 2013 to over $4 million in 2015, according to market research firm the NPD Group.

But unlike the instant glam provided by a swipe of blush or lipstick, pills and other so-called “nutraceuticals” add a layer of questions about safety and effectiveness as some consumers may see ingesting something in the name of looking lovely a lot differently than simply rubbing something into the skin. And similar efforts have tanked in the past: Industry titans such as Oil of Olay peddled vitamins promising glowing skin and hair more than a decade ago to no avail.

Today, companies are being buoyed by celebrities who swear by these ingestible beauty products. In January, actress Gwyneth Paltrow shared the recipe of a daily shake on her online magazine’s website goop — an almond milk-based concoction that includes a product from Moon Juice’s line, with ingredients that are said to create a glowing complexion and healthy hair. Actress Jennifer Aniston also has said she puts collagen peptides in her morning shake.

And there’s a movement by everyday people to incorporate natural products into their lives for everything from the foods they eat to dish soap and mascara they use. An entire generation of consumers has evolved from merely reading food labels to scrutinizing chemicals in everything.

“The theme across all consumer categories is more natural ingredients for all the products they’re purchasing,” said Sarah Jindal, a senior beauty analyst for Mintel. “That’s going to continue to become more and more important to the consumer.”

The larger question for some consumers is whether the products work. Socalled ingestibles have been popular in Asia where collagen yogurts and marshmallows are common, but they’re relatively new in the U.S.

Here, these products largely fall under the massive $30 billion to $40 billion dietary supplement industry regulated by the Food and Drug Administration. The agency also oversees supplements sold in grocery stores and pharmacies. But many don’t come to their attention as the agency’s team of less than two dozen people is charged with overseeing roughly 85,000 products.

The FDA’s power only kicks in after the products are on the market, meaning the manufacturer does not have to demonstrate safety or effectiveness beforehand. The Federal Trade Commission, which regulates marketing claims, is not allowed to discuss ongoing investigations but officials said they weren’t aware of any sanctions against these types of products.

“Many consumers as- sume the products are safe and are not harmful because they can be purchased at reputable retailers or they think the fact that is available for sale means that FDA said it was OK. Unfortunately, this is not always the case,” said FDA spokeswoman Lyndsay Meyer.

The law might actually make it easier for marketers to peddle these products to consumers because dietary supplements by law can make some beauty promises that makeups and creams cannot. For example, a dietary supplement can legally claim its product can grow longer hair or improve production of collagen, which is said to improve skin’s elasticity.

It also means the burden is on companies to tell the truth about efficacy claims and the quality of the ingredients. “The fact is that what a company claims is in its products and what is actually in them is not always the same,” FDA’s Meyer said. “And often we’re not aware of these discrepancies until we’re able to inspect a company to make sure.”

Proponents say many of the products are safer than skin creams and makeups full of harmful sulfates and parabens. But are they effective?

“I think there’s a perception of safer options, but I think it’s exactly that. I think it’s the peace of mind, too,” said Dan Fabricant, CEO of the Natural Products Association. “It’s ‘Hey, these are things that I’m used to in my diet. I’m going to prefer to do that than put on something that’s from a chemical factory.’”

Doctors say the skin is a detox organ and everything from poor diets to medical ailments can manifest there.

“If we are healthy inside, will our skin look better? Yes,” said Dr. Matthew Avram, who specializes in cosmetic dermatology at Massachusetts General Hospital.

But he counters that “it doesn’t necessarily mean that because you take a certain supplement of one kind or another that your skin is necessarily going to look better.”

While it’s reasonable to think that taking probiotics to improve gut function or eating more collagen would improve the skin, he said there haven’t been enough large scale studies to prove it: “That doesn’t mean it doesn’t work, but it means that scientifically, it hasn’t been shown to work.”

Despite questionable science, beauty companies are rolling out their versions of ingestibles.

Urban Outfitters started selling several beauty powders from the Moon Juice line, which includes popular products such as Beauty Dust, a $65 powder that includes goji and pearl and is said to create a glowing complexion and healthy hair. Sephora, with roughly 300 locations, also is capitalizing on the trend, saying customers are being more savvy in understanding that improved wellness can also benefit their appearance.

Companies say one of the biggest hurdles for them is helping consumers get over the expectation of getting the same immediate results may come from a moisturizer. This makes it harder for companies to capture a loyal following because average consumers are less likely to stick with it.

Jenelle Manzi, a 27-yearold dancer with the New York City Ballet, started experimenting with ingestibles about five years ago when she noticed her perfect skin was breaking and looking dull. At the same time, she started having stomach problems.

She began taking herbs and powders, including some by Moon Juice and a $60 powder from The Beauty Chef meant to improve gut health with digestive enyzmes, spirulina barley grass, dandelion and bio-fermented fruits, vegetables, seeds, roots, algae and grasses.

“I notice that it just kind of helps your body feel clean,” she said. “A week later, you notice that your skin is so clear.”