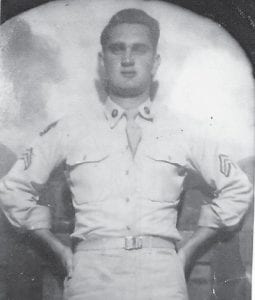 I was assigned as radio operator on the new Air Sea Rescue Team that patrolled all the East Coast of the United States. All the men on our place could fly if needed.