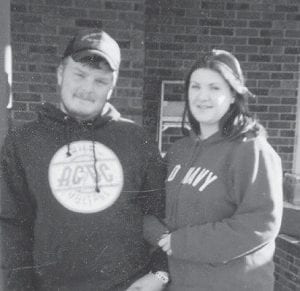 TO BE WED — Steven B. Pratt Jr. and Elizabeth Deanna Smith will be married July 4 at Calvary Campus. The bride-elect is a 2009 graduate of the Hazard Community College registered nursing program. She is the daughter of Benjamin and Dana Smith of Jeremiah. Her grandparents are Martha Jane Smith of Jeremiah and the late William Douglas Smith, and the late Goldie Adams. The bridegroom-elect is the son of Steve and Barb Pratt of Leatherwood. He is the grandson of Irene Pratt of Blackey and the late Bemis Pratt, Patricia Ann Collins of Lexington, and Ed Collins of Rockhouse.