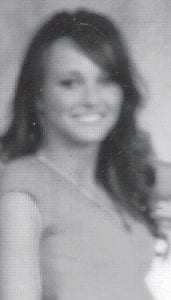 DEAN’S LIST — Lindsay Gibson, 20, a graduate of Jenkins High School, attends Pikeville College where she has been named to the Dean’s List for the fall and spring semesters. She is majoring in biology and plans to pursue a career in the medical field. She is the daughter of William and Carla Gibson of McRoberts. Her grandparents are Phyllis Williams of McRoberts, Bill Williams of Eolia, and the late Codell and Zola Gibson.