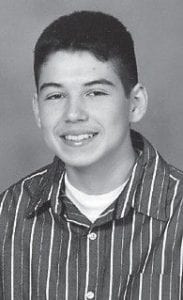 EAGLE SCOUT — Keith Caudill has earned the highest achievement award the Boy Scouts of America offers, the Eagle Scout Award. He was recognized March 8 at Shiloh United Methodist Church in Stanton. He has been a Boy Scout for five years, beginning as a Cub Scout and earning the highest honor, the Arrow of Light. He has received 26 merit badges and three awards, and is a BSA lifeguard. He is the son of Faye Stamper of Stanton and Robert Caudill of Premium. His grandparents are Elma Caudill of Kingdom Come Creek, and Betty Boggs-Whitaker of Cram Creek.