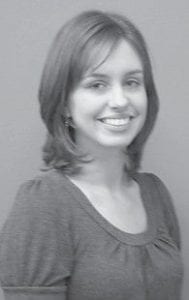 MISSIONARY — Kayla Whitney Sheppard of Lovely, is serving as a missionary in the Paris, France mission of the Church of Jesus Christ of Latter-Day Saints after receiving two months’ training in French at the Missionary Training Center in Provo, Utah. She is the daughter of Anita Bailey of Emma, and Dwayne Sheppard of Lovely, and had been residing in the home of Darryl and Lana Greer of Jeremiah. She was the 2006 salutatorian of Allen Central High School, a 2005 Governor’s Scholar, and is currently a senior at Morehead State University where she received the Presidential Scholarship. After completing an 18-stint in France, she will finish her degree in French.