Artificial sweeteners and your weight gain 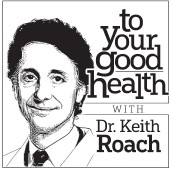 DEAR DR. ROACH: I am currently dieting and, with that, trying to reduce my sugar intake. I prefer drinks sweetened with aspartame over water most of the time. Am I asking for trouble? — P.C.

DEAR DR. ROACH: I’m curious how diet soda, which has zero calories, causes one to gain weight. In “studies” that say that, do they look at people who have had diabetes for years and use artificial sweeteners without gaining weight? People will use ANY excuse for their weight. To blame a no-calorie sweetener seems a bit silly, don’t you think? — V.W., R.D.N.

ANSWER: There remains confusion about artificially sweetened beverages and their effect on weight gain and on overall health. There are two schools of thought: The first is that artificially sweetened beverages satisfy the desire for sweets, so people are less likely to consume more. The second is that diet soda, without any actual calories, provokes greater desire for sweets.

I do think that using studies is not silly, and might help sort this out. What I found was that in a 2009 study, those who drank more diet soda were more likely to develop Type 2 diabetes. This was confirmed in a 2013 study. It doesn’t prove that drinking the diet soda was the cause of the increased diabetes risk, but it is a consistent association.

By contrast, a 2014 study (funded by the American Beverage Institute) showed that, among a group of people in a weight-loss program, a greater degree of weight loss was seen among participants who were allowed to continue drinking diet soda compared with a group allowed to drink only water.

Alas, scientific studies don’t give us a definitive answer. Clearly, drinking diet soda is much, much better than drinking sugarsweetened beverages. I will have to use my knowledge of biology and give my opinion that water is preferred over artificially sweetened beverages, but I can’t prove it. I would say if you are still having trouble losing weight on diet soda, try switching to water to see if it helps.

Finally, blaming a particular food — or blaming the person trying to lose weight — is not likely to help that person reach a goal. l

DEAR DR. ROACH: I am an older male, with irregular heartbeat. I am on medication for it. Will having sex put too much strain on the heart or cause further problems? — Anon.

ANSWER: This is a common concern, and fear of heart attack or other prob- lems often keeps couples from sexual intercourse when one or both have heart issues. In most cases, the risk is low. I can’t tell you in your particular situation, but your cardiologist or regular doctor can answer your question.

People at moderate risk include those with a recent heart attack, with stable angina or with multiple cardiac risk factors. Those at high risk include people with unstable, recurrent angina, uncontrolled high blood pressure, severe heart failure and high-risk irregular heart rhythms, such as ventricular tachycardia.