As expected, Jenkins board closes school 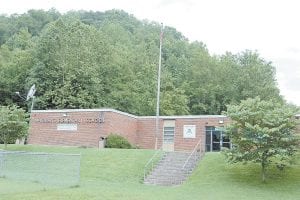 The McRoberts Elementary School will not be in operation during the 2013-14 school year.

The McRoberts School was organized in 1912 by Consolidation Coal Company at the same time Jenkins Independent Schools was organized in Jenkins. Both schools were organized to provide the children of the Consolidated Coal miners with an education and the McRoberts school was absorbed into the Jenkins system three years later in 1915 and has played a major role in the Jenkins system since. But when Beth Elkhorn Mines closed its operations in the 1990s, both Jenkins and McRoberts lost population and that has been reflected in the schools. The viability of the smaller McRoberts School has been in question for quite some time and the school has averaged enrollment of less than 50 students for the last five years.

Board Chairman Durward Narramore Jr. opened the meeting with figures he said were estimates but were close to exact. According to those figures, McRoberts is funded at about $220,000, yet it costs well over $300,000 to operate the school. Narramore said that with 34 students projected to attend McRoberts in the coming school year, state funding cuts leave the school system with a loss of over $100,000 if the board chose to keep the school open.

Narramore said the board had met with McRoberts residents four or five years ago and at that time, each side had agreed that the board would keep the school open so long as the community would support it by sending their children there. However, Narramore said the enrollment numbers have dropped off considerably since then.

“I’m not certain there is the population to continue,” said Narramore.

The only McRoberts resident to attend the special called meeting held Monday evening at the Jenkins Middle High School library was James Hall. Hall is a graduate of Jenkins High School and a former member of the board of education as well. He said that while he personally does not like seeing the school close, he also understands the financial problems the board faces in trying to operate with such low enrollment.

“I know you have to operate the schools with the money you have, but I hate to see it close,” said Hall.

Hall added that he does not believe that all 34 students from McRoberts will go to Burdine Elementary School. He said that a number of older children may go to county schools for the additional opportunities to participate in extracurricular activities and if they have younger brothers or sisters, they will probably follow their older siblings to the same school. Hall estimated that as many as half the 34 students may opt to go to county schools.

Vice Chairman Tracy Goff agreed with Narramore on the feasibility of keeping the school open, saying that with the small enrollment, he didn’t see how the system could afford to operate it. Goff also cited fairness, saying it is not fair to the greater part of the student population to spend so much of the system’s reduced funding to keep a school open that serves so few children. He said he had struggled with the issue but had grudgingly arrived at the decision that the school should close.

Eileen Sanders, who grew up in McRoberts and attended McRoberts School before going to high school at Jenkins, said she also dislikes the idea of closing the school. However, Sanders, who is a retired librarian from the Jenkins system, said she also feels it would be unfair to the McRoberts students to have several classes in one room. Pauline Sexton agreed and said that having three grades in one classroom is unfair to teachers and students, which she said was one of the main factors in her decision to vote to close the school. Laura Revis agreed that the number of students and the cost of operation figured in her vote.

Superintendent Deborah Watts told the board that there will be no problem in absorbing the McRoberts students into classes at Burdine Elementary School, nor will transportation be a problem since buses already transport middle and high school students to and from McRoberts. Watts also said that the entire staff at McRoberts, three teachers, three classified workers, two service workers and a bus driver, will be placed in Jenkins Schools, and will fill existing openings.

Narramore told the board the fate of the McRoberts school has been an ongoing concern for 20 years and said he feels that at this point, it is no longer possible to keep the school open. The board voted unanimously to notify the Kentucky Department of Education of its decision and to begin the process of closing the school. The board also voted to authorize Superintendent Watts to close out the physical plant and to determine what supplies, furniture and other materials can be used in other schools and what should be stored or sold as surplus. Narramore said that changes in state funding schemes and ongoing cuts in state and federal education funding have done a great deal to make the situation necessary