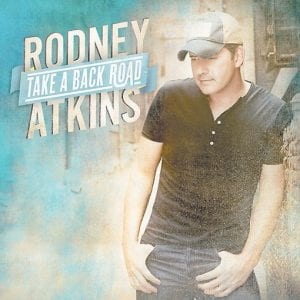 The latest album release by Rodney Atkins is “Take a Back Road.” (AP Photo/Curb Records)

Rodney Atkins, for better or worse, epitomizes the stance of the majority of contemporary male country singers. He celebrates family and rural life, and he unapologetically declares he is rough around the edges. But he doesn’t offer enough to differentiate himself from others.

On songs like the album’s title cut — a No. 1 Billboard country hit — Atkins pumps blood into the men he portrays in his lyrics. His voice communicates in a genuine way, mixing a conversational tone with dramatic flourishes. When he supports a son who occasionally causes trouble in “He’s Mine,” he makes it sound like a true-life tale.

But Atkins always pads his albums with forgettable songs, such as the silly love song “Feet.” He’s the kind of country artist who caters to radio without giving his fans much more to enjoy beyond the tunes they already know.

He also inexplicably includes the song “Farmer’s Daughter,” a 2010 hit included on a revamped reissue of his previous album, “It’s America.” Why include it on a special release then stick it on the next album too? Such moves make Atkins an artist designed for downloading tracks instead of entire albums.

CHECK OUT THIS TRACK: On “Family,” Atkins spins a fastshuffling narrative filled with sharp characterizations of a flawed yet loving extended clan. Unlike too many country songs, “Family” doesn’t overly sentimentalize complex family relationships. Instead, it honors the reasons relatives stick together despite their differences and defects.