Auctions were our favorite thing to do at school festivals 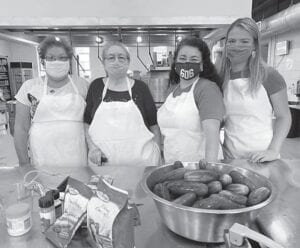 It’s the time of year that fall festivals were usually held at all the local schools. I hate that, along with all the Mountain Her- itage festivities that usually take place in Letcher County, all of the schools won’t be able to have their annual fall festival either.

When I was growing up and a student at Colson Consolidated School, the fall festival was one of my favorite things. They were filled with so many exciting activities for the children and also for the adults. Daddy was the president of the PTA at one point and was in charge of getting some of the activities together.

I remember the bobbin’ for apples was placed about midway in the middle of the hall. It was a big galvanized “warsh” tub. I can’t remember if it was up on something or just on the floor. I remember though I had a really hard time trying to get an apple. Daddy had a fishing tub rigged up some way or another one time, too. It was very popular. The cakewalks were held in the cafeteria/gymnasium and always had a crowd. 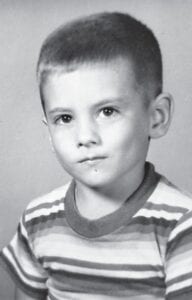 Another thing they did was have one certain cake that had a mysterious item baked inside it and you had to pay so much to make a guess as to what it was. They would kinda give you an idea of how big the item was beforehand. One year I remember it was a paperclip. Whoever guessed the item got the cake. But, the thing I remember the most were the auctions.

The auctions were held at the very end of the festival and it was standing room only. They auctioned off lots of homemade baked goods and other homemade items. Watching Daddy bid was more fun for me than the auction itself. He would lay a bunch of coins in front of him on the table and count them over and over as the bidding was going on to see if he had enough to bid. He had everyone in the cafeteria’s attention, and they were laughing as hard as I was. Sometimes he would only raise the bid by one penny and would pull it out of his pocket and lay it out on the table. He surely had a way of getting everybody involved in one way or another. This is one of my favorite memories of my dad, Marshel Tacket, and of Colson School. 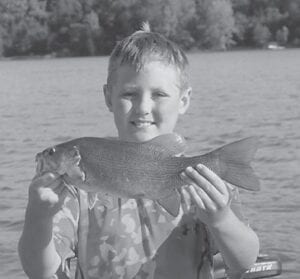 Jude Lee Yonts celebrated his 10th birthday on Sept. 13. He is the son of Josh and Martina Yonts.

One of my middle school teachers there, Mrs. Shirley B. Sexton, is still working on a book that will contain memories that anyone has of their school days in Letcher County. She wants anything you can remember, whether it be a short story, or a little snippet, like the one I just told you. She’s also looking for pictures you might have of any of the school buildings. You can send them to her at 7941 Hwy. 931 N, Whitesburg, KY 41858, or call her at 606-633-2519.

Speaking of Mrs. Sexton, someone made a Facebook page for Colson Elementary/Beckham Bates Elementary School. There’s a picture posted of her and many comments were made about her teaching career.

That reminds me of a funny about a cashier in Walmart that happened to me about four or so years ago. I was going through her line and she saw Mrs. Sexton also checking out a few aisles down. She spoke to her and then looked at me and said, “I was speaking to one of my teachers I see checking out down there.” I turned around and looked and saw that it was Mrs. Sexton and I said, “Oh really, she was my teacher too.” The cashier looked very surprised and said to me, “Well, you must have had her when she first started teaching.” 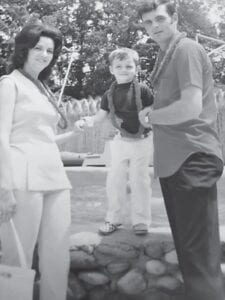 Pictured are Delilah Baker, Robby Baker and Gerald Baker. Robby Baker had a birthday on the 14th.

Many birthdays were mentioned this week on Facebook. Some of these were James Pennington on the 9th, Claudette Adams on the 9th, Kathy Lowe Lucas on the 10th, Jude Lee Yonts and Blake Mason, and Jack Standifer on the 13th, and last but not least, Robby Baker on the 14th.

Please continue to pray for my good friend Sara Forbes and her family. Also, remember my good friend Billie June Richardson, daughter of Bill and June Craft. She is having major problems with one of her ankles. It seems part of the bone isn’t getting the circulation it needs and so has died. So, she is looking at possible surgery for a graph. Just pray that that isn’t needed. 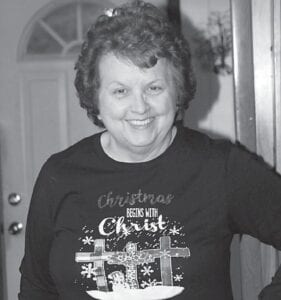 We are still able to attend our church on Sunday morning at Letcher Independent Baptist. If you feel comfortable about being in a service, you are more than welcome to come join us. We are all wearing masks and our seats are marked off for social distancing. I can’t stand not getting close to my friends and hugging and talking, but we are following the laws of the land. Please remember to pray for all our churches and especially the pastors. Especially my pastor, Bill Jones, and his family.