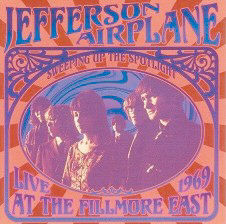 For some people, mostly those who were there, the Summer of Love actually began in the winter of 1967 – on January 14, to be exact – when about 15,000 young people gathered at the Human Be-In at San Francisco’s Golden Gate Park to hear a middle-aged man named Timothy Leary urge them to turn on, tune in and drop out.

For nearly everyone else who was of age in 1967, the Summer of Love became known 40 years this week when national publications began reporting on the Monterey Pop Festival, a threeday event that had just concluded after introducing young America to now-classic acts such as the Jimi Hendrix Experience, Big Brother & The Holding Company (featuring Janis Joplin), and The Who.

The festival was held at the fairgrounds in Monterey, California, near San Francisco, and attracted about 200,000 people – well over the 15,000 organizers expected on each of the three days – who paid as little as $6.50 a day ($1 would get you on the grounds) to see a total of 32 groups and solo artists. Among others performing were The Grateful Dead, Canned Heat, Country Joe & The Fish, the Steve Miller Blues Band, the Byrds, the Buffalo Springfield, Moby Grape, the Jefferson Airplane, Quicksilver Messenger Service, Simon & Garfunkel, Booker T. & The MG’s, Otis Redding, and Eric Burdon, the former Animals singer whose song about the festival, “Monterey,” still gets a lot of play on classic rock radio. 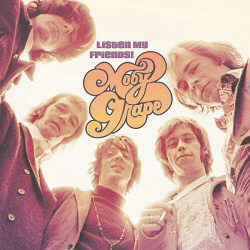 “The music of the times was finally able to speak for itself: Monterey started what might be a long history,” reported Leonard Feather in the June 25, 1967 edition of the Los Angeles Times. “The growing suspicion that rock ‘n’ roll has become important was substantiated to say the least, even for the most jaded cynic.”

While photographs of police and hippies wearing flowers in their helmets and hair at the Monterey Pop Festival remain a symbol of the Summer of Love, the period is more accurately defined by the music being played on the radio. 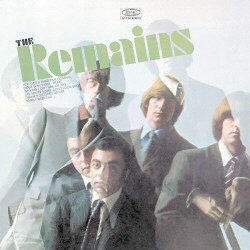 New releases include albums by The Jefferson Airplane, Moby Grape, and The Remains.

Top 40 radio was still spinning mostly lightweight songs such as “There’s a Kind of Hush” by Herman’s Hermits and “Snoopy Vs. The Red Baron” by the Royal Guardsmen in the spring of ’67, but the singles charts quickly gave way to some of the “important” rock the L.A. Times spoke of after Monterey.

The summer began with Aretha Franklin topping the pop charts with her cover of Otis Redding’s “Respect” and ended with the Box Tops holding the number one position with “The Letter.” During the weeks between June 21 and September 21, radio audiences were introduced to the Doors, whose debut single “Light My Fire” rose to number one on Aug. 5, Procol Harum (“A Whiter Shade of Pale”), Van Morrison (“Brown Eyed Girl”), Jimi Hendrix (“Purple Haze”), Traffic (“Paper Sun”), Vanilla Fudge (“You Keep Me Hanging On”), the Youngbloods (“Get Together”), and Bob Seger & Last Heard (“Heavy Music Pt. 1”).

A genre of music known as “garage rock” remained in full force during the Summer of Love with hits by The Hombres (“Let It All Hang Out”) and the Strawberry Alarm Clock (“Incense and Peppermints”). The Beatles were at the top of their game as well, having released their psychedelic masterpiece Sgt. Pepper’s Lonely Hearts Club Band on June 2 and reaching number one with the single “All You Need Is Love” on August 12. Across the ocean, Pink Floyd was moving up the British charts with the singles “Arnold Layne” and “See Emily Play.”

But besides singer Scott McKenzie, whose version of “San Francisco (Be Sure To Wear Flowers In Your Hair)” vaulted to No. 4 on the Billboard charts after Monterey, no one was able to capitalize on the Summer of Love more than the Jefferson Airplane.

Powered by the singing of Grace Slick and the writing of Marty Balin and Paul Kantner, the San Francisco-based band began the summer with their song “Somebody to Love” holding down the number five spot on the Top 40 charts. Before fall arrived, the Airplane had two other songs charting as well – “White Rabbit” and “The Ballad of You & Me & Pooneil.”

Two of those three hits (“Rabbit” and “Pooneil”) appear on a newly-released live album, Sweeping Up the Spotlight: Jefferson Airplane Live at the Fillmore East 1969. The album is one of three new titles Legacy Recordings has released to help honor the 40th anniversary of the Summer of Love. The other two are Listen My Friends! The Best of Moby Grape and The Remains.

Legacy says it chose to honor the Airplane by releasing a performance recorded two years after the Summer of Love because “1969 was the absolute pinnacle year for the classic Jefferson Airplane lineup – Slick, Balin, Kantner, Jorma Kaukonen, Jack Casady, and Spencer Dryden – and this November concert is the closest official recording before the changes that began to disrupt the group in 1970 (Kantner and Slick’s Blows Against the Empire side project; Dryden’s departure to New Riders of the Purple Sage; Kaukonen’s and Casady’s Hot Tuna; and Balin’s growing disaffection).”

It’s hard to argue with the label’s reasoning after listening to Sweeping Up the Spotlight: Jefferson Airplane Live at the Fillmore East 1969 (RCA/ Legacy). Songs such as “Plastic Fantastic Lover,” “3/5 of a Mile in 10 Seconds,” “Uncle Sam Blues,” and “The Ballad of You & Me & Pooneil” pack a punch here that can’t be matched by the band’s studio recordings. Other highlights of the 61-minute set include a cover of “Come Back Baby” by Lightnin’ Hopkins and “You Wear Your Dresses Too Short,” which the band performed many times in concert but never recorded.

Reports still differ today on whether Columbia Records released simultaneously as singles eight or five of the 13 cuts that appeared on Moby Grape’s selftitled debut album in June 1967 (ranked No. 21 on Rolling Stone magazine’s Top 500). What those who were familiar with the situation can agree on, however, is that whether it was eight or five, the gimmick pretty much doomed the band to commercial failure. The still-vital “Omaha” was the only one from the onslaught to dent the charts that summer.

If you’re interested in learning what could and should have been, buy the new Listen My Friends! The Best of Moby Grape (Columbia/Legacy)and give it repeated listening. While Moby Grape remains a band whose moniker is synonymous with a noodling psychedelic jam band, the 20 – and all mostly short – cuts on this collection shows just how structured the band really was.

The songs “Murder In My Heart For The Judge,” “Can’t Be So Bad,” “Motorcycle Irene,” and “Rose Colored Eyes” from the 1968 album Wow show the band to be still in top form even after the departure of founding guitarist (and former Jefferson Airplane drummer) Skip Spence, who suffered from bipolar disorder, and the record label’s insistence at more gimmickry (the second album had a track that could only be played at 78 rpm).

The Remains was – and still is – a band from Boston fronted by lead singer/guitarist Barry Tashian and best known as the opening act on The Beatles’ final tour, which ended at Candlestick Park in San Francisco on August 29, 1966. The group’s original lineup reunited in 2002 and is considered one of the “unknown legends” of rock.

The new issue of The Remains (Epic/Legacy) adds 10 bonus tracks to the band’s self-titled 10- song debut. The highlight remains the band’s hard-rocking cover of Billy Vera’s “Don’t Look Back,” which failed to chart when it was released in 1966.

As the liner notes to the garage rock anthology Nuggets says, “The fact that The Remains never achieved fame and fortune in the ’60s is one of those unsolvable mysteries that can be filed right alongside those of the Loch Ness monster and the Bermuda Triangle.”