Audrey Baker is missed after retirement 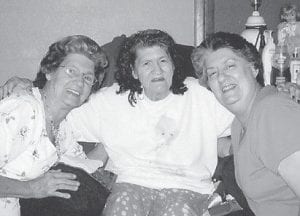 Hello, everyone, hope you are all doing well.

We woke up Friday morning to see 2 1/2 inches of snow. It’s beautiful, and the roads are clear, so that’s good.

It was good talking to Audrey Baker the other day. She retired from Whitesburg Hospital on Feb. 13 after 51 years. She will surely be missed. She said she would miss seeing all of the people. She was always friendly and smiling. Enjoy your retirement, Audrey!

It was good seeing Effie (Dixon) Hatton at Food City. I hadn’t seen her since she had left working at Letcher Manor because of illness. She looked really good! Her mother, the late Lettie Dixon, and I were very good friends at Marlowe. She died when Effie was about 8 years old. She looks so much like her mom, except her mom had brown hair and eyes, and Effie is blonde.

I met Judy Fields at The Mountain Eagle last week and she was telling me that her son, Tim Hooper, would be home on leave from the Army in April and would be stationed in the States then, and wouldn’t be going to Iraq again. That’s good news. 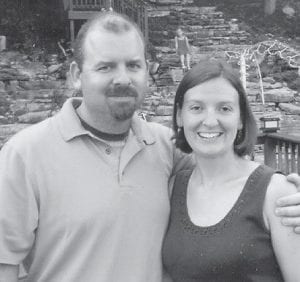 ON VACATION — Matt Hill and wife Rocki of Lexington, are pictured on vacation in Mexico. She is the daughter of Robert Hatton of Owensboro, and the granddaughter of Oma and Clyde Hatton.

My friend, Roberta Willie’s, husband, Robert, is in the hospital in Roanoke, Va., and needs to be remembered in prayer. They are both such good friends of mine and I wish they didn’t live so far away.

Their nephew, Roland Brown, and his wife, Ellen, visited them over the weekend. Roberta was glad to see them.

I’m trying to gather up some pictures for Creda Isaac for the Historical Society. They have a box at the library in Whitesburg if anyone wants to donate anything toward the new album they are making, I think she said in June.

Dorthy Tacket called to tell me her cousin, Carl Pennington, who lives in Knoxville, Tenn., got a shot and they broke the needle off and it got infected. He is having a lot of trouble with it. He lived in Whitco, and his parents were the late Brinie and Joe Pennington. He still has a sister living there, Lona; I don’t know her married name. I still think of her as Lona Pennington.

Dorthy told me her son called and told her his wife, Brenda, was working and didn’t get to join us.

Beryl C. Franklin, who now lives in Monroe, La., saw the photo in The Eagle featuring the science class of Whitesburg High School 1941, and would like to correspond with anyone from that class. I think Bennett Welch put the picture in. I recognized some of them. Beryl’s phone number is 318-393-1602, and email is: nbfranklin@comcast.net.

My sister, Betty Tyree, and her husband, Bertus, and I visited with Clyde at the Veterans Center last Thursday. We couldn’t believe how well he eats! He was doing well. They take real good care of him.

My God bless all of you. Try to be in church somewhere. We’ll be having a youth revival at our church all of next week.