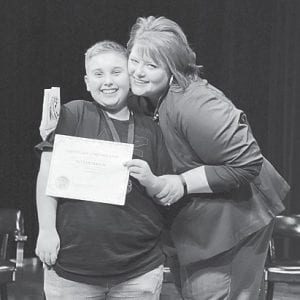 The first news I want to tell you all is about one of our special senior citizens. Lizzie Mae Wright will turn 90 on Thursday, Jan. 4. She received the most precious gift you could ever receive other than salvation. Her first great-great-grandchild was born on Wednesday, Dec. 11. He weighed in at 7 pounds, 4 ounces and was 20 inches long. I looked at his pictures on Facebook and he is so beautiful. They named him Ryder Rhoads. His parents are Rayson and Katie Rhoads, his maternal grandparents are Rob and Lisa Swagert.

His great-grandmother is Janet Albright, who is the daughter of Lizzie Mae. This makes five generations living, which doesn’t happen too often. Because they all live in parts of Alabama, Lizzie Mae won’t be able to get to actually see him face to face nor hold him until the spring. Thanks to her neighbor, Rhonda Cook, she was able to look at a few pictures of him on Facebook. Her grandson Rob sent them to Rhonda to share with Lizzie Mae.

Also, my friend Flo Stamper is waiting on the birth of her first grandchild, which is due Jan. 29. Her son Blake and his wife Cheyenne are expecting their first child. 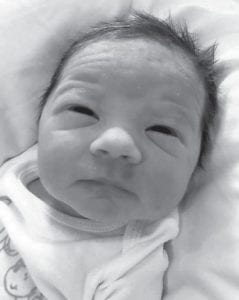 It’s a boy and they plan on naming him Oliver Tyr. Cheyenne’s mom and dad are Connie and Daryl Knight of Port Huron, Mich. That’s where Blake and Cheyenne are living, too. I know it’s going to be hard on Flo to be that far away from her grandson.

Happy birthday to my first cousin, Teresa Noble Pease, who celebrated on the 16th, and Cecil Howard whose birthday was on the 11th. Now for a few birthdays for the month of January:

The Letcher County Senior Citizens have lots of them. We have two New Year’s Day birthdays, Roger Miles and Mary Blair; Lloyd Mullins on Jan. 2; Lizzie Mae Wright and Narce Caudill, both on Jan. 4; Charles Ralph Sexton and Barbara Culp, both on Jan. 6; James Adams on Jan. 12; Bessie Adams on Jan. 15; Ralph Whitaker on Jan. 24; Linda Sturgill on Jan. 25; and Pat Hammock and James Hall on Jan. 26. 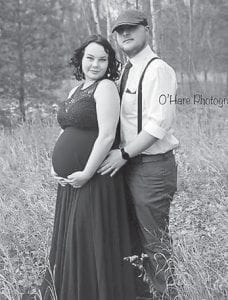 The Christmas Spectacular that was supposed to take place in downtown Whitesburg on Friday night, Dec. 13, had to be moved to the Letcher County rec center because we were expecting rain. Everyone I talked to about it said it was a huge success and they had a wonderful crowd.

I loved how the poles were once again decorated on Main Street and saw where Cowan Elementary School had won first place.

If you haven’t had a chance to go through Main Street at night, you should put that on your ‘to do’ list. It’s beautiful. Marissa Webb made a beautiful Cindy Lou Who, and I’ve still not figured out who the Grinch was.

Don’t forget the Community Christmas Meal on the Hill coming up on Dec. 23 from 11 a.m. to 2 p.m. This is free to the public and will be held at the CANE Kitchen. There will be music and Santa Claus. If you need transportation, you can call 606-634-4647.

Please keep Laney Webb in your prayers. She has improved, but is still covered with a rash.

Also, remember my good friends Sandra and Terry Wilson, and Sandra’s mom, Imogene Sexton. There are so many families in our community dealing with cancer, either themselves or in their family.

Shirley Combs’s family requested prayer for her. I’m not sure what was wrong, so just pray for them. Gurt Cook has been in this hospital with pneumonia, but is home now. I’m sure, though, that she could still use our prayers.

Also, a member of our church at Letcher Independent Baptist, Leon Blair, has had pneumonia and desperately needs our prayers. Then there’s my aunt, Linda Pennington Hall, and all the others in the nursing home who need our prayers.

Once again, I want to ask everyone to remember those who have lost loved ones recently and will be facing the Christmas season with only their memories, especially our pastor, Bill Jones, and his whole family.

If you know someone who doesn’t have anywhere to go or anyone to be with on Christmas, let’s invite them into our homes.

If Oma was doing this column, you know how she would end it, please be in church Sunday and throughout the week.