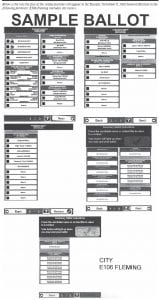 While there are races from president to city council to special taxing district boards on the ballot in Letcher County next Tuesday, several seats will go unfilled because of a lack of candidates, and several other candidates are running unopposed.

No one filed to run for the two open seats in the Jenkins Independent Board of Education election, meaning the board will have to appoint members to fill the vacant slots after the election.

Six other races leave voters with little choice of who to vote for. The Fleming- Neon City Council race and the Letcher County Soil Conservation District Board of Supervisors were short one candidate each, and none of the three county school board members running for reelection are opposed. Fifth District U.S. Rep. Harold “Hal” Rogers, who has served for 36 years in Congress, is also unopposed, as is state Senator Johnny Ray Turner.

That leaves five races in which all county residents will have a choice of candidates for whom to vote, plus city council races in Whitesburg and Jenkins. 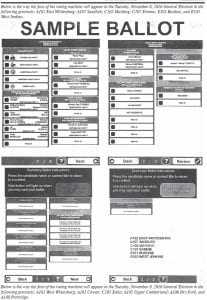 Races that appear on the ballots in Letcher County, and the candidates who are running, are below.

Trump is a New York real estate CEO who has never held elective office. Pence is currently the governor of Indiana.

The Grand Old Party or the G.O.P., the Republican Party is the oldest party in the United States by more than one measure. Founded in 1854, it has been in existence longer than any other party, and it has a higher percentage of older members than the Democratic Party, with 58 percent of Republicans being 50 or over, according to Pew Research. The G.O.P. currently controls the U.S. House of Representatives, and the U.S. Senate. Republicans have held the White House for 28 of the past 48 years. 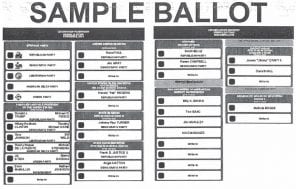 Clinton is former First Lady of the United States, a former Senator from New York, and former Secretary of State. Kaine is the former governor of Virginia and former Mayor of Richmond, Va.

The second oldest and biggest political party in the U.S. by party registration with about 72 million registered voters, the Democrats currently hold the White House. About 52 percent of registered Democrats are under 50.

The Libertarian Party is comparatively new, being formed in 1971. It is the third largest Party by registration, but with only a little over 400,000 registered voters, it is still tiny compared to the Republican and Democratic parties. No Libertarian has ever held a seat in Congress or the presidency. 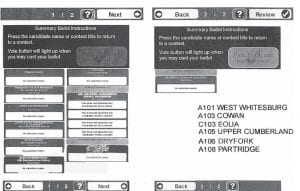 De La Fuente is a California real estate developer and political activist. Steinberg is a Florida lawyer who has run unsuccessfully for several offices, including a failed bid for the Democratic nomination for president this year.

The American Delta Party is a new party created by De La Fuente after he ran as a Democrat in the 2016 Primaries and received no delegates. In some states, De La Fuente and Steinberg are running on the Reform Party ticket.

Stein is a medical doctor who sat on the Lexington (Mass.) Town Meeting, and has run for a variety of offices from the Massachusetts state legislature to President. Baraka is human rights activist and an associate fellow at the Institute for Policy Studies in Washington, D.C. 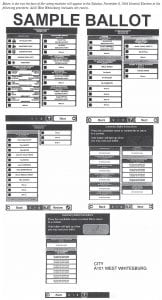 The Green Party was formed in 2001 with the merger of state Green parties. It describes itself as an “eco-socialist” party.

McMullin is an investment banker, former CIA operations officer, and former policy director for the House Republican Conference in the U.S. House of Representatives. Johnson apparently either doesn’t exist, or McMullin is unwilling for him to appear in public. McMullin told the Los Angeles Times that Johnson was a “place holder,” and that the name would be replaced after he met the deadline to be placed on the ballot. State election officers said no to replacing the name, so McMullin is stuck with the fictional running mate, though the fact that Johnson is supposed fictional may not be the most embarrassing thing about picking that particular name as a running mate. 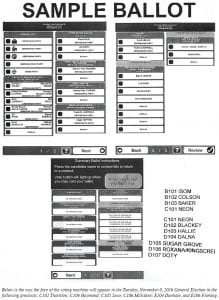 A man by the same name was one of three white supremacists accused of plotting to assassinate Senator Barack Obama during the 2008 Democratic Convention in Denver, Colo. The three were eventually charged with drug and weapons charges, but no federal charges related to the alleged assassination plot.

Independent is not a party at all. Many states

designate is as “no party
preference.” As many as 43
percent of U.S. voters now
self-identify as Independent
– more than Democrats or
Republicans – though many
of those are registered with
a party.

United States Senate
Republican – Rand Paul
Rand Paul is the junior
Senator from Kentucky,
having served one term in
office. He is an opthalmologist with an office in Bowling Green.
Democrat – Jim Gray
Gray is CEO of Gray Construction, and two-term
mayor of Lexington, the second largest city in Kentucky.
He served as a Vice Mayor
prior to that. 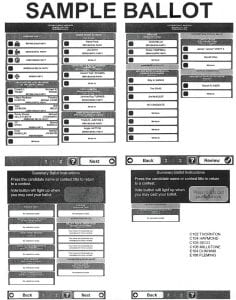 Rogers, 78, of Somerset,
is a 18-term congressman, serving since 1981.
Prior to that, he was Commonwealth’s Attorney for
Pulaski and Rockcastle
counties for 12 years before that. He is unopposed
this year. 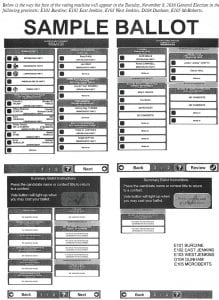 Nonpartisan ballot
Soil and Water Conservation District Supervisors
(Vote for 4)
Billy K. Banks
Tex Isaac
Jim McAuley
No Candidate
All three of the above
men are incumbents. No
one filed to run for the 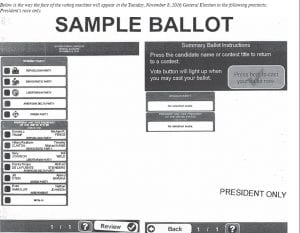 fourth open seat.
Circuit Judge, 47th Judicial District
James “Jimmy” Craft II
Darrell Hall
The race is to fill the unexpired term of Sam Wright,
who was appointed to the
Kentucky Supreme Court.
Craft was appointed to that
position until the election.
Hall is a private attorney
who serves as the attorney for the Letcher County
School Board.

County School Board,
District 2
Robert Kiser
Kiser is the incumbent
and is unopposed

County School Board,
District 3
Will Smith

Smith is the incumbent
and is unopposed 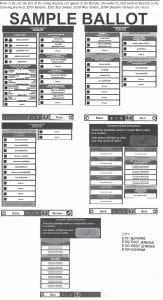 County School Board,
District 4
Melinda Boggs
Boggs is the incumbent
and is unopposed. 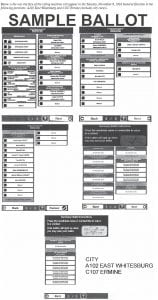 Jenkins Independent
School Board (Vote for
two)
No one filed to run for
the two open seats. 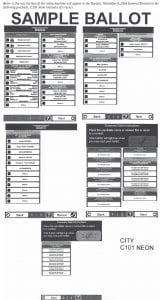