Band behind ‘Justified’ theme among two here over weekend 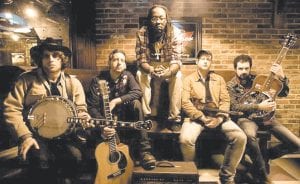 Pictured above is Gangstagrass, the group behind the theme song to the TV show ‘Justified.’ The band will appear Friday at Summit City in Whitesburg. Appearing at the venue Saturday is Old Southern Methodist Moonshine Revival, a band said to blur the line between country music and Southern rock band Lynyrd Skynyrd.

The band behind the theme song to the acclaimed TV series “Justified” will appear in concert Friday night in Whitesburg.

Gangstagrass, a band from New York City that mixes bluegrass music with hip-hop, will appear at Summit City on April 19 at 9 p.m. The band is best known for its song “Long Hard Times to Come,” which is featured throughout each episode of “Justified,” the FX network show set in neighboring Harlan County.

Gangstagrass was formed by Brooklyn producer Rench in 2006 and started attracting nationwide attention when after its song “Long Hard Times to Come” was selected as the theme for “Justified,” the show which stars Timothy Olyphant as U.S. Marshal Raylan Givens of Kentucky.

“Justified” is based on the writings of crime fiction author Elmore Leonard, who himself has become a fan of Gangstagrass.

“Rench and his friends have done nothing short of creating a new form of music,” Elmore said of the band. “Gangstagrass takes two types of music that are opposites and mixes them together brilliantly in a way that is natural and enjoyable.” 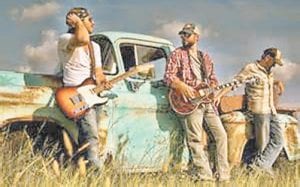 On Saturday (April 20) the venue welcomes Old Southern Moonshine Revival, a band that is said by its fans to “blur the line between rock and country like no other” band since Lynyrd Skynyrd.

Old Southern Moonshine Revival released its second album, Between Jesus and Me, in 2012. Known as “The Revival,” the band formed in 2005 and released its self-titled debut album in late 2006. The first concert was performed in 2007 to a sold-out audience at Ziggy’s in Winston- Salem, N.C.

“Passion. Above all else, passion,” bassist Jamie Shaver says when asked to explain the band’s success. “People know when you’re faking it. They know when you don’t believe in what you’re doing. Passion breeds followers.”