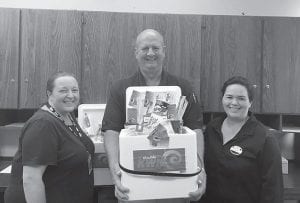 After years at Sampson Air Base, N.Y., I had orders for Parks Air Base, Calif., another Air Force training base. I would be the new boss of the printing department.

Sampson Air Base was closing. Our young men and women from our Eastern states would go to Lackland Air Base, Tex., for their basic training in the future.

I found I had time to spend at home on weekend with my family. I could play fast pitch softball with my squadron team again. We were only open days and no weekend work.

Then word came down from the Pentagon, Parks Air Base would be closed. Two of the four training command bases were closing. The military would either go to Sheppard Field, Tex., or Lackland Field, Tex.

What about me? There was only one person with my career field, noncommissioned officer in charge of the printing department, on each base.

When word got out to all the commands that I was available, I found out for the first time that people I never knew from all over the world wanted me to come work for them. It scared this old boy.

Hickam Field, Hawaii, won out. I’d never been there. They talked about the nice weather, and how pretty it was. I knew my family would love it.

It was my family’s first time flying. After a while they loved it.

The first morning when I signed in, I was to be in charge of the base’s printing department. But that was not to be.

An officer from Headquarters Pacific Division who was an aide for Admiral Williamson, the commander of all the Pacific, asked me to come with him. The rest is history. I would run their printing department the next 15 years, overseas and stateside.