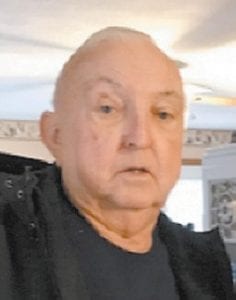 Funeral services for longtime Whitesburg City Councilman Jimmy “General” Bates, 74, were held May 26 at the First Baptist Church in Whitesburg.

Bates’s death leaves a vacancy that will be filled by the city council at its next meeting. Mayor James W. Craft said the council traditionally offers the position to a family member of the deceased councilmember. Bates did not have children, but has a brother and a sister living in Whitesburg, Craft said.

Craft said he plans to ask the council to rename the walking bridge in downtown to the Jimmy Bates Memorial Walking Bridge.

Mr. Bates was a member of the Whitesburg Masonic Lodge No 754, the Mountain Shrine Club and the Eastern Star, Veterans of Foreign Wars Post No. 5829, and American Legion Post No. 152. He was a past state commander of the VFW.

Bates was on the board of the Leslie, Knott, Letcher, Perry Community Action Agency.

Born in Whitesburg to the late John Wallace and Thelma Day Bates, he died May 24 at Whitesburg Appalachian Regional Hospital.

Burial was in the Jesse C. Day Cemetery in Whitesburg.

He was a brother of the late David Bates, Barbara Lucas and Jean Sexton.

He was a U.S. Army veteran of Vietnam, and had served on the Whitesburg City Council for more than 25 years.