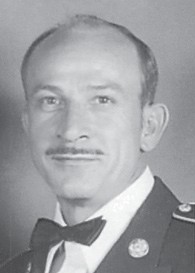 He was retired from the Department of the U.S. Army where he served with the 82 Airborne Division, 101st Airborne, 1st, 5th and 7th Special Forces and spent five tours of duty in Vietnam, with a total of 23 years active duty.

He taught ROTC at the University of Tennessee at Chattanooga, and was a member of Covenant Bible Church.