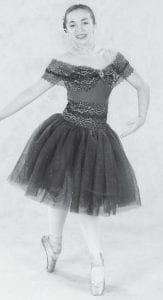 Virginia Brown and I were so pleased to have visitors one afternoon last week. Danola Adkins, Imogene Adkins, Linda Combs and Anna Yonts came. Danola and Virginia went to high school together, graduating in 1936. All the rest of us were in school together in the 1950s, so we had a great time remembering and gossiping (the good kind).

Bennett and Linda Combs celebrated their 55th wedding anniversary on Saturday, Aug. 25. They were married at the Methodist Church in Whitesburg. Linda’s sister Yvonne Brown was maid of honor, and Buck Jones was best man. Also in the wedding were Forrester Combs, Linda’s aunts Esta Cook and Lois Brown, and best friend Arminta Ison.

Arminta Ison Jenkins is in Naples, Fla., visiting her sister Dana and Don Walker, sister Sherry Lynn and brother David Ison. Hello to all of them.

Linda Lucas, Marilyn Banks and Carol Caudill visited Charles and Marietta Stephens in Royalton. While there they got to visit with their other cousins, Janie Bennett of Elizabethtown, Kay Hammond of Pikeville, and Pam Carpenter of Salyersville. Marietta is a wonderful cook, and fed them too well. They were ready to move in.

They also went to Community Days in Salyersville where the food and entertainment were very good. It was a great weekend and everyone had a good time.

Happy 15th birthday to Callie Finchum of Louisville on August 29. She is the daughter of Michael and Ramona Combs Finchum. She has a brother, Forrester, who is 17 years old. They are great-greatgrandchildren of the late Siller Brown, who used to write the Cowan news for The Mountain Eagle.

One-year-old Eli Brown spent the weekend with his mamaws and pappaws in Kentucky. His dad Jason brought him and his mom Amanda came to get him. Eli had a bunch of cousins born in the same year as he was, so he attended three birthday parties in two days.

Jason brought us another one of his good watermelons and some beautiful white half-runner beans from his garden.