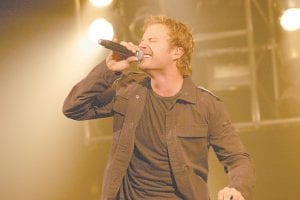 A large crowd, including many from Letcher County, gathered at the East Kentucky Expo Center in Pikeville on November 24 to watch country music star Dierks Bentley (pictured above) perform his former No. 1 single “What I Was Thinkin'” and other hit tunes he has recorded since making his debut in 2003. Bentley, a native of Phoenix, Arizona, celebrated his 32nd birthday just four days earlier. Performing before Bentley was Jack Ingram (right), a Texas-based singer who had his own No. 1 single in 2005, “Wherever You Are.” Ingram also had a hit with his cover of rock band Hinder’s ‘Lips of an Angel.” (Photos by Chris Anderson) 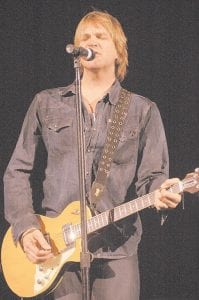