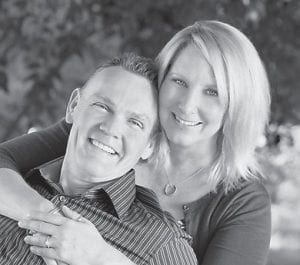 Former Seco resident Noah Bentley was married to Susan Fleming October 28 in Sacramento, Calif. He is the son of Mickey Bentley and the late Noah Bentley. His mother attended the wedding, as did his sister, Karen Mullins, and family.

The newlywed couple are in the process of adopting their new 14-year-old son, Nathan. In addition to Nate, the wedding party included the bridegroom’s best man, Trevor, whom he mentors through the Big Brother Big Sister program. The bride’s adult children, Lauren and Ryan Fleming, rounded out the bridal party.

Noah Bentley is a director in a medical device software company. His wife, Susan, is a school health officer and Yoga teacher. They make their home in Folsom, Calif., where they enjoy long-distance bicycling, swimming, running and Yoga.