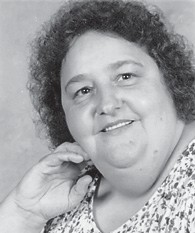 Funeral services for Betty Louise Adams, 66, were held October 18 at Letcher Funeral Home in Whitesburg. Burial was in the Taulbee Cemetery in Whitesburg.

A daughter of the late Virgil Adams and Lula Mary Jane Niece Adams Redford, she died October 15 at the Hospice Center in Findlay, Ohio.

Mrs. Adams was the widow of Robert Adams, and the mother of the late Deloris Sue Adams.

She was also preceded in death by two brothers, Hatler Adams and Cossie Adams.