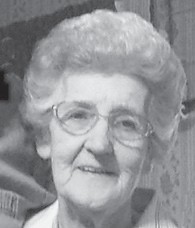 A daughter of the late Boyd and Ellen Holbrook Church, she was the widow of Denver Webb.

Funeral services for Mrs. Webb were held July 24, at the Letcher Funeral Home in Whitesburg. Burial was in the Webb Branch Cemetery.