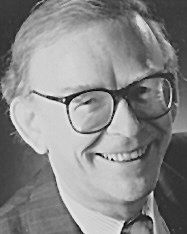 Mention new taxes to Americans and the reaction is often as explosive as the colonials’ 1773 dumping of British-taxed tea into Boston Harbor.

So in wake of the tragic interstate bridge collapse in Minnesota last month, I deliberately chose the words “big new tax” in a column suggesting our smartest reaction to serious road and bridge neglect. My specific idea: an excise tax on all new vehicles, graduated by wheel weight, to accelerate repair of unsafe bridges and crumbling highways.

“BAD, BAD, BAD idea because the federal government collects billions in fuel tax and then squanders the money on ‘bridges to nowhere’ and other useless projects.”

“Our state legislators steal the highway trust fund money for pet projects like interstate quality roads that go to the beach or their private residences,” a problem this e-mail writer asserts his local “far left-wing newspaper” glosses over.

“Everyone knows that since its inception the Highway Trust Fund has been pillaged by Congress for earmarks and the like – so why not use the $16 billion now sitting in the fund?” (This reader raises a good point – until one discovers current outlays will force the fund to run dry by 2009.)

And anger about earmarks is justified. They’re actually causing Congress to rescind – call back from the states – some funds originally available for bridge repair and the like.

But fixing the earmark problem will only scratch at the tens of billions needed for a real catching up and then maintaining the vast roadway-bridge system freewheeling America has created.

So I’ll stick to my guns: Why not an excise tax on the new vehicles that we know will quickly start chewing up roads and bridges? User pays makes the most sense. And get the money early. It would have cost $2 million to repair the Minneapolis bridge; the reconstruction is likely to be $300 million. How often do we want to repeat that?

Some readers were agreeable to a new tax:

The revenue shortfall for bridges and roads “is killing people.”

An excise tax “should go up exponentially” to cover the huge damage inflicted by large vehicles.

“As we move to alternative fuels and electric hybrids, the gas tax will slowly erode,” so an excise tax “is a good start on the larger debate on how to fund infrastructure.”

But taxing is just step No. 1. So how do we make sure the money gets spent wisely – or as a few states now proclaim, “fix it first” before building new roadways?

Taxpayers do deserve clear standards. The Pew Center for the States’ Government Performance Project, based on 50 state surveys and hundreds of interviews, delivered a clear message for governors, legislators and state transportation directors. Director Neal Johnson sums it up: “Don’t overbuild; stop building roads and bridges beyond the capacity to maintain them.” And when you do build, “fund fully,” including costs of operation and maintenance.

What today’s motorists don’t grasp is the free ride they’re already getting. Count all they pay in gas taxes, car costs and insurance and the figure is only 84 percent of the full road system cost, a University of Minnesota study indicates. And that 84 percent doesn’t even reach to cover highway-induced air pollution (asthma deaths, carbon-dioxide emissions), roadway runoffs of oil, gas and other chemicals into local waterways, the bill for law enforcement attending to traffic and incidents, emergency response vehicles, or burdens on public hospitals.

Even then, there’s another 16 percent of actual road and bridge maintenance costs that governments are now obliged to cough up out of their regular budgets. The blow is especially tough for local governments, often dependent on property taxes, to maintain roads to every sprawling new development. Nondrivers, the big chunk of the population too young or too old or frail, too poor or disinterested in owning an auto, end up subsidizing the driving majority.

Money that could and should go to schools, parks, and workforce training gets encapsulated in roadway asphalt, concrete and steel.

The outlook is grim. On the one hand, anti-tax fervor blocks most proposed increases in fedease, eral or state gas taxes. On the other, costs of building or maintaining roads are escalating, driven by fast-rising labor expenses and the recent extreme surge in steel and structural concrete prices triggered by developing countries (China and India, for example) competing for the same supplies.

So who says my excise tax idea on new vehicles is all that crazy? Let the tax fit the need. Want to drive? Then help pay the bill for your wear and tear on that highway upfront. As one of my e-mail respondents wrote: “If we still rode horses, I’d approve of putting a tax on feed grain to pay the salary of the guy who shovels ‘horse exhaust’ from the street”