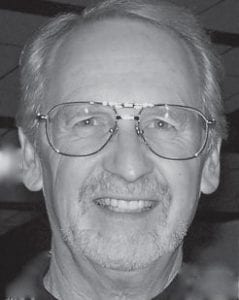 Speculation and suspense stoke the scuttlebutt fires in wintertime around rumor-loving Big Blue Nation, don’t they? Part of the entertainment.

On Monday an Internet headline blared: Calipari tells Nets he wants $120 million to return to NBA.

In spite of Calipari denials, Yahoo columnist Adrian Wojnarowski’s piece was an intriguing chain-of-events. Though it amounted to more Monday morning what-if than what-is. Had gaps to close too. For me, his piece violated spell-it-out obligation to readers – where, why and to whom Calipari communicated things he wanted and when?

Wojnarowski’s column was ignited by Brooklyn’s firing coach Lionel Hollins the day before, followed by what-if links drawn to Calipari flirtations with Cleveland in 2014 then New Orleans a year later.

Next, reaching to last year, UK’s coach allegedly told Sacramento owners it would take $11 millionplus a year “to get his attention.” He had already said no to a 10- year, $80 million-plus offer from Cleveland, Wojnarowski wrote, adding, that offer had become Calipari’s baseline. He wants the 10 years and $12 million-a-year Phil Jackson makes to run the New York Knicks.

All of it intriguing, reasonable, believable and entertaining. By late Monday morning however, Calipari had tossed cold water on the embers.

Leaves us with two items, a rule to remember and a delicious new bit of conjecture.

Rule: Beware of splash stories on Mondays, especially opinion pieces. They are designed to grab attention on a slow day.

New conjecture: Who will be on your list as next-coach-at- Kentucky?

• I can’t imagine Cal taking an NBA job at any price. He makes millions a year now. He is the star.

• I don’t think he’s TOO serious at this time. I do believe he’s planning his ‘escape’ from Kentucky in a year or two, should recruited talent not pan out and he has couple of unproductive years. Instead of sticking around to show the world how he can still produce magic in the Bluegrass, he’ll duck and run to the money, using that as an excuse for failure.”

And, from Kentucky Sports Radio …

• Cal does not need to teach NBA players. … All he has to do is drive the bus to the arena.

• Cal screams at his players. A lot. You can hear him on TV and I’ve been told it gets downright uncomfortable in the arena at times.

“Let Cal go. (We) true Kentucky fans would like Pinto back.”