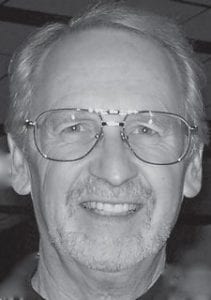 For Big Blue Nation Thursday- Friday October 15-16 is time to break out the good stuff — the company-is-coming best silverware.

Rival ball coaches tempted to go grumbling to the NCAA citing unfair recruiting advantage, excess of national exposure for Kentucky, would have a case.

Auburn at Kentucky is a catapult game for the only team one spot back of Florida in SEC East. It’s the most promising opportunity for Wildcat football since 2007 when Kentucky took a 6-1 record, (2-1 in SEC), into a home date with Florida. Rich Brooks’s team was this close, but lost 45- 37. From there, UK won one of its last four, then beat a depleted Florida State team in the Music City Bowl to finish 8-5.

A win over Auburn could launch Mark Stoops’s team and BBN onto a competitive plane with Tennessee at home and Georgia in Athens without Nick Chubb. Still on the card, Vanderbilt and Charlotte.

Tigers (3-2) after a bye week, according to Bleacher Report, emerges from … v Sloppy homecoming victory over San Jose State. v Far from impressive on both sides of the ball. v Fumble- itis. Four against San Jose. v Putting emphasis for UK on creating explosive plays on offense.

Seems only a month or so ago since Rupp Arena was a full house. Probably because Kentucky’s coach makes sure his mug or voice or both are on television or radio somewhere somehow at least 15 days a month.

This Friday evening fans get a look at the latest batch of the seven-month turnstilers. This crew from most accounts will endear itself to fans by way of pass-passpass then shoot style to stir the hearts of true Big Blue fans.

• Fans ignore the coachspeak, lowering expectations. After all, Big Blue Nation is ever a tribe of savvy assistant coaches.

• Cool the accolades on Tyler Ulis. Kid is a sophomore.

• The coach says “this is Tyler’s team.” The roster’s old man, Alex Poythress, may not agree.

• Skal Labissiere gets to play.

Don’t have a copy of Street&Smith magazine yet, but 2015-16 draws near with promise to be as entertaining and interesting as ever.

• Billy Donovan is gone, but Bruce Pearl is back.

• Kyle Wiltjer is back, Bob Knight won’t be.

• Jay Bilas is back, but so is court jester Dick Vitale.

• One prime list of newcomers to watch includes Jamal Murray at Kentucky and Damion Lee at Louisville.

• Tai Wynyard is a 2.06m, 115kg (that’s 6-9, 240-pounds to us) New Zealander who arrives at UK in December. He told a local reporter he committed “pretty much as soon as they came to me. It’s the best school in the country so how was I not going to say yes. It’s going to be a lot of fun. I’m ready to go over there and smash it out, and do the best I can to compete.”

Wynyard is a Kiwi chipoff-the-old-block. His father is a world class axman and his mother competes, too.”

Erosion in the NCAA

NCAA’s credibility continues to slide. Swimming in an ocean of money that means: v No incentive to solve the one and done problem. v More incentive for programs to forsake amateurism altogether and follow the Kentucky and Duke “business model” down the tube to NBA Developmental League franchise. v Tortoise slow and tiptoe tepid, judgments against rules offenders based not on guilt or innocence, but on size, influence and pushback (North Carolina for example). v As new season nears, standing in the dock at some level of accusation, investigation, indictment or appeal are:

• UCLA assistant coach Duane Broussard denying allegations this week that he tried to have a Bruin player’s grade changed to keep him eligible.

Aside from being multimillionaires, Hall of Fame, and having a job in common, all rely on same defense: I did not know therefore I am not responsible.

Never mind, the NCAA has plenty of money.

“If the NBA was on channel five and a bunch of frogs making love were on channel four, I’d watch the frogs, even if they were coming in fuzzy.” – Bob Knight