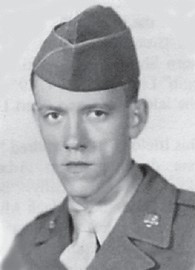 Funeral services for Bill “Tater” Mullins, 79, will be held at 2 p.m. today (Wednesday), October 8, at McRoberts Old Regular Baptist Church. Burial will follow at the Sparks family cemetery in McRoberts.

He died October 4 at his home at #15 Hollow in McRoberts.

Born in Pike County to the late Daniel and Pearl Bentley, he was a retired coal miner and was a member of the United Mine Workers of America.

He had served in the U.S. Army, was a Freemason who had been a member of the Lonesome Pine Masonic Lodge #884 in Neon since 1974, and was a 40-year member and an Honorary Past Master of the lodge.

He was also a 25-year member of Shriners and a current member of the Elkhorn Shrine Club in Jenkins.

Surviving are his wife of 60 years, Mildred “Pegib” Mullins; a daughter, Kim Adams and husband Sam, of McRoberts; four sons, Billy “Sonny” Mullins and wife Charlotte, and Jeff Mullins and wife Tabitha, all of McRoberts, Zack Mullins and wife Tina of Camp Branch, and Jessee Mullins and wife Deanna of Seco; three sisters, Willa Bushway, of Michigan, and Eva Mullins and Erma Tackett, both of Etty; a brother, Scott Bentley, of Etty; two halfsisters, Fran Johnson, of Speight, and Matilda Newsome, of Longfork; three half-brothers, Don Taylor, of Tennessee, and Lonnie Taylor and Billy Ralph Taylor, both of Morehead; 15 grandchildren, and seven great-grandchildren