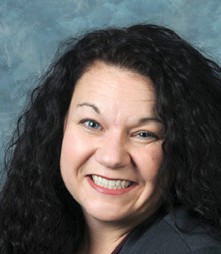 With winter weather gripping most of the commonwealth last week, House and Senate leaders understandably chose to postpone the four days the General Assembly was scheduled to meet.

This brief break arrived just shy of the legislative session’s halfway point, which makes it an ideal time to review what has happened, what is likely to happen and, just as importantly, what should happen before my colleagues and I wrap up our work late next month.

Traditionally, a legislative session’s most noteworthy bills are passed in its final days, but the script has truly been flipped this year. During the opening week, in fact, House and Senate leaders rushed through their biggest priority: a slate of unnecessary bills designed to make it tougher for Governor Beshear and those succeeding him to address long-term emergencies like COVID-19.

Those bills are now in court, and the judge has said he expects to rule on this dispute in the coming days. This matter almost certainly won’t be finalized, though, until the Kentucky Supreme Court weighs in.

It was another of that court’s decisions — this one from last fall putting historical horse racing machines at risk —that led to the quick passage of another consequential bill. In this one, we clarified that these slotlike machines do fall under the state’s pari-mutuel law, which should address the court’s concerns.

Many of my fellow House members and I agree that the formula directing the machines’ net proceeds needs to benefit state spending more. The machines have had $10 billion wagered in them over the last nine-plus years, but the state has received less than $60 million. There was hope the formula could be changed this year, but a constitutional hurdle making financial decisions tougher to enact in odd-year legislative sessions is a key reason why this will have to wait until 2022.

That const i tutional hurdle was put in place because Kentucky still operates under a two-year budget cycle. Like most things, COVID-19’s arrival last March upended this as well, meaning that the legislature is taking budgeting one year at a time this biennium.

The good news is that state revenues are actually doing far better than we would have imagined nearly a year ago. The budget Governor Beshear proposed last month reflects that optimism, but it is too soon to say what the final version will contain.

Unfortunately, these major spending decisions are being made behind closed doors, with little input from the minority party. It’s likely the state budget will be made public on the same day it is passed by the House and Senate, which is exactly what we saw happen in 2018.

That secrecy keeps Kentuckians in the dark until it’s too late for them to even know what impact legislation at hand will have on their lives.

This undemocratic trend is happening with other bills, too. Earlier this month, for example, the House voted on a major teacher retirement bill less than two hours after it had cleared committee.

We could see that process repeat itself this week, when House leaders are expected to announce legislation making significant changes to how we vote.

Last year’s election modifications proved to be models for other states and the reason we saw record turnout despite the pandemic. Kentuckians clearly liked having multiple days and ways to vote, and I believe that should be the standard for all elections.

Looking ahead, many of my fellow House Democratic Caucus members and I have announced proposals that have bipartisan support and the backing of many Kentuckians. Those include strengthening our beleaguered unemployment insurance system; improving Kentucky’s too-high rates of maternal and infant mortality; raising the state’s minimum wage, which hasn’t been increased since 2009; approving medical marijuana, which is now legal in 36 states; and authorizing sports wagering, which is now legal in 25 states.

These and other proposals deserve to be heard. Without them, many Kentuckians will continue to needlessly suffer, and all of us will see a brighter future curtailed. That’s not right.

One way to change that is through calls and emails from people like you. You can reach me by writing to Angie.Hatton@lrc.ky.gov, and the same email format works for all 138 legislators.

I hope to hear from you soon. With less than 15 working days left, time is drawing short to turn these proposals into law.