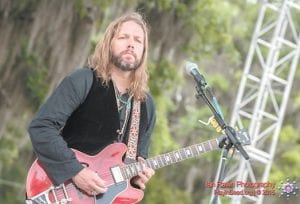 Rich Robinson, left, who with his brother Chris founded the legendary rock band The Black Crowes, will return to Whitesburg next Tuesday (July 19) for a concert presented by promoter Greg Napier at Appalshop Theatre.

Robinson, who has been touring this summer with the Paul Rogers-led Bad Company, is touring in support of his criticallyacclaimed new album, Flux, which was released June 24 on the Eagle Rock Entertainment label.

Performing in Whitesburg this week are Nashville country band Triple Run, who performed recently at Whitesburg’s Fourth of July festival.