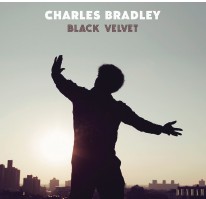 Charles Bradley was past 60 when he released his first album with the extended Daptone Records family, and his death from cancer a year ago robbed soul music of one of its most expressive and exuberant singers and performers.

It’s also an instrumental tune written by producer Thomas Brenneck and his Menahan Street Band, and the only track on the eponymous release not to feature Bradley, who was too weak by then to add vocals. Instead, it’s now a poignant tribute.

Including mostly originals co-written by Bradley, the album opens with deep romance in the soul and funk of “Can’t Fight the Feeling,” ‘’I Feel a Change” and “Luv Jones,” the latter a duet with LaRose Jackson, whose upcoming solo debut should be one to watch for.

Near the end, “Fly Little Girl” is little gem of a farewell song that’s reconciled with its fate instead of bitter, while an electric version of “ Victim of Love,” originally on Bradley’s second album, is smoother and even more devastating.

In between, three covers complete the collection. A straightand true version of Neil Young’s “Heart of Gold,” ‘’Slip Away” from Rodriguez — another musician who found fame late — and Nirvana’s “Stay Away,” probably the clearest instance of Bradley’s James Brown influence.

Like Sharon Jones’s posthumous “Soul of a Woman” from 2017 — she arrived at Daptone around the same time as Bradley and some of her Dap-Kings are also in the Menahan Street Band — “Black Velvet” reflects immense talent and dedication.

It’s an opportunity to grieve and a chance to value an all-toobrief recording career.