The hot seat for Joker? 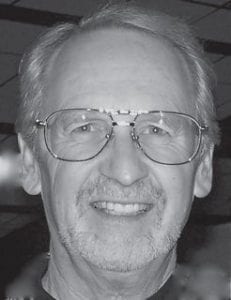 Clear grasp of the obvious.

So, this week, among bumps in the night to be heard across the Bluegrass State these observations …

1. How quickly an offensive line can be quilted together to create the 30-40 seconds this quarterback needs to throw.

2. Will the Wildcats play hard or coast then quit against No. 15 Florida, No. 2 LSU and No. 12 South Carolina?

• The onset of October weather, thoughts of ticket prices-versusproduct come to mind. How many UK fans at Commonwealth Stadium will dress up as empty seats?

• Will fans come back to Commonwealth Stadium for threegame home stand next month despite the imminent arrival of two words Kentucky football fans dread most – Cal’s Cats?

Tickets are available, Jacksonville State $41 each; $46 for SEC opponents. • Climbing down from upper reaches of Commonwealth Stadium after the loss to Louisville, a fan asks himself, “Did I really pay that much for this ticket, buy gas to get here, buy a place to park and buy a watered soft drink for mixer, to see this?

• Like the old days, will Lexington call-in radio show hosts appeal to callers, “Please folks, can we talk football here? And, let’s keep it civil, shall we?”

• How will Joker Phillips handle it when a fan asks, “ Yo, coach, about Maxwell Smith, is he anything like Will Fidler or Ryan Mossakowski?”

“Never walk away from failure. On the contrary, study it carefully and imaginatively for its hidden assets.” – Michael Korda