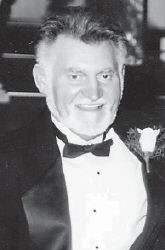 Funeral services for Bobby P. Pennington, 75, were held February 6 at Everidge Funeral Home. Burial was in the R.B. Caudill Cemetery at Whitco.

A son of the late Henry and Dora Caudill Pennington, he was born in Letcher County. He died February 3 at his home in Whitesburg.

Pennington was the former owner and operator of Pennington Electric. He was a U.S. Navy veteran of the Korean War, a member of the Cram Creek Pentecostal Church, and an honorary Kentucky Colonel.

In addition to serving as a city councilman in Whitesburg for 18 years, he was a volunteer member of the Whitesburg Fire Department.