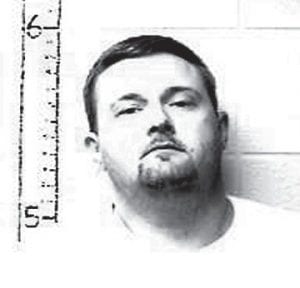 Letcher District Judge Kevin Mullins has ruled there is probable cause to continue pursuing felony assault charges against a 33-year-old Roxana man who police say was high on drugs when his car crashed into a pickup truck occupied by four teenagers earlier this month.

At the conclusion of a preliminary hearing held in Letcher District Court on December 20, Mullins referred the latest charges against Shawn Douglas Combs to the Letcher County Grand Jury for its consideration.

On December 6, Kentucky State Police charged Combs with four counts of assault and one count driving under the influence of alcohol (fourth offense or greater) after Combs crashed his Chrysler PT Cruiser nearly head-on into a Ford F-150 pickup on KY 15 at Van.

In testimony during last week’s hearing, Trooper Michael Burton said Combs had veered into the wrong lane when he hit the pickup “almost head-on.” The pickup’s occupants escaped serious injury even though the vehicle was heavily damaged.

Burton said Combs was passed out at the wheel of his car when the accident occurred about 8:42 p.m. on the night in question. Burton told Asst. Letcher Commonwealth’s Attorney Jenna Watts that he was unable to perform field sobriety testing on Combs because Combs “was unable to stand.”

“He was still passed out behind the wheel,” Burton said. “We he did talk you could hardly understand what he was saying.”

Burton said Combs, who also escaped injury, was so intoxicated on drugs or alcohol he didn’t know he’d just been in an accident.

According to court records, Combs has a history of being charged with driving under the influence. The first such charge was filed against him in Letcher County in April 2004. On March 25, 2010, Combs was charged with his fourth offense of operating a motor vehicle under the influence, ironically by Trooper Burton when he was still a deputy with the Letcher County Sheriff ’s Office.

On that date, Combs was also charged with his second offense of operating a motor vehicle on a license that had been suspended because of a previous drunk driving charge. That arrest resulted in three-count and seven-count indictments being returned against Combs on June 3, 2010 that also accused him of trafficking in a controlled substance.

Combs was also involved in a fatal car accident in the Redfox community near the Letcher Knott county line but escaped conviction in that case.