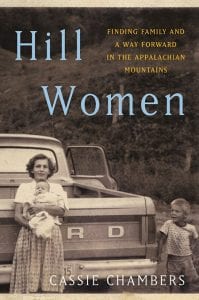 By JENNIFER FORKER
The Associated Press

Poverty is enmeshed with pride in these stories of survival. A quick glance at the 2019 U.S. census finds a median household income of $25,530 (compared with $60,293 for the nation) with 39 percent of Owsley County’s 4,472 residents living in poverty (national poverty is at 11.8 percent).

Chambers narrates this deep poverty with the help of her own family. Her mother, Wilma, was raised in a farmhouse built of particleboard walls topped with a tin roof; it was heated by a coal stove and had no running water.

Wilma was the youngest and only child from among seven siblings (one of whom died in infancy) to receive a college education. Her education was hard won, but with her husband, Orlando, they knitted together a prosperous life, which led the author to her own successful path.

Chambers traces this success back to the sacrifices of family members: the grandfather who worked the tobacco fields to support his tightknit family, the grandmother who insisted that Wilma attend college and Ruth, Wilma’s older sister who not only encouraged her sister’s college aspirations but also handed over what little money she had — “representing hours of backbreaking labor” — to help Wilma buy textbooks.

The stories make clear that Wilma’s success also depended on her larger Owsley County community, in particular, a physician who had been raised in the area and returned on weekends to care for the country folk. He saw intelligence and curiosity in Wilma, and he helped her set her sights higher than the local junior college (she attended a small liberal arts college that afforded greater opportunities).

The stories are well written and easy to digest in small or larger increments. The storytelling jumps around a fair bit chronologically, which is occasionally confusing. Dating the chapters might help.

While Chambers writes honestly about racism, sexism and the opioid crisis in these pages, they are addressed sweepingly. This book is better for its glimpse into one extended family’s hardscrabble existence and the difference that an education can make. 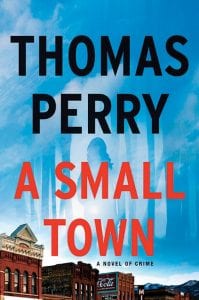 As Thomas Perry’s new thriller opens, little Weldon, Colo., is still reeling from a brilliantly planned escape from a federal prison on the outskirts of town.

More than 1,000 hardened criminals killed the warden and most of the guards, raided the prison arsenal and burst out to pillage the community. Overwhelming the local police, they broke into houses, killed and raped families, set fire to buildings, and tried to escape in stolen cars.

Most were promptly rounded up by state and federal authorities, but two years later, the 12 inmates who planned the prison break are still on the loose. The FBI has made no progress tracking them down, so the mayor of Weldon takes matters into his own hands.

He places Detective Leah Hawkins, a 6-foot-2-inch former basketball star, “on sabbatical,” ostensibly to study ways to modernize the local police department, and gives her access to funds from a million-dollar federal grant designated for that purpose. But Leah, whose lover was among those murdered in the rampage, has a secret assignment. Her task, which she willingly accepts, is to track down the fugitives and gun them all down.

Perry’s “A Small Town” is a slick, somewhat predictable revenge fantasy that combines the grim ambiance of Fox TV’s “Prison Break” with the vigilante violence of the John Wick movie franchise.

Leah proves to be both a brilliant detective and a cunning predator. Starting with a few vague clues, she roams the country alone from Florida to New York, hunting the men who did her people wrong.

When she finds them, she shows no mercy.

Although the plot is far-fetched, readers able to suspend disbelief will find much to admire in Leah’s skill, courage, and determination. The characters, including the villains, are well drawn, and the settings are vividly portrayed.

Perry, the veteran author of 26 other crime novels, spills the story in a torrid pace, and, as usual, his prose is tight and precise throughout. 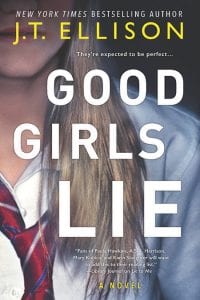 Rich and influential parents move mountains to insure their daughters attend the Goode School. Only the best and brightest are selected. It’s not uncommon to see multi-generations of the same family become alumni, and it’s almost certain that graduates will have guaranteed slots in Ivy League universities and a bright future. Ash Carlisle is the latest recruit, and her arrival will expose the truth behind the walls.

Ash arrives under a cloud as her parents are dead and she is still reeling from their deaths. She wants to be accepted, but the other students are a bit standoffish. Then she learns about a secret society that if she’s accepted will force her to go through a terrifying hazing ritual but will ultimately give her what she desperately wants: to belong. When her roommate appears to commit suicide, everything starts to fall apart.

Ellison takes the reader directly into the conflict behind the upper echelon trying to persuade others that the status quo still exists and the young women truly control the curriculum and the academic environment. The truth is terrifying, and while it appears to be a straightforward story with obvious thriller elements, it’s a manipulative journey that is completely unpredictable. “Good Girls Lie,” and Ellison is the best one of them all. 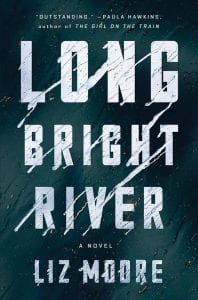 A street officer for the Philadelphia Police Department, Mickey Fitzpatrick patrols the Kensington neighborhood, an area once solidly middle class. A “rapid economic decline” has left it overrun with addicts, prostitutes, the homeless and shuttered businesses and houses. Mickey, a single mother, refuses to allow her rough upbringing influence her parenting decisions as she also deals with the police department’s sexism and office politics. Her younger sister Kacey has succumbed to opioid addition, working occasionally as a prostitute. Often, Mickey has had to arrest Kacey, adding to the sisters’ animosity.

In their own way, the sisters still care about each other. Mickey knows about Kacey’s activities from the local merchants and street people. Mickey’s concerns kick into high gear when Kacey disappears in the wake of several murders of other young women in Kensington. Mickey uses her training as a beat cop to try to find the killer, fearing that Kacey may already be a victim.

Moore skillfully explores the sisters’ bond from their closeness during their toxic upbringing to the decay of their relationship that seems almost irreparable.

The chapters “ Then” and “Now” alternate from their childhood and young adult years to the present. Their mother died of a drug overdose, and drugs eventually claimed their father. They lived with their maternal grandmother, who, at best, was unloving and often given to bouts of mental and verbal cruelty. Moore delves deeply to illustrate how the sisters’ lives parallel what is happening in the neighborhood and how it is trying to rise above the morass that surrounds it.

As the main narrator, Mickey quickly emerges as an effective, appealing character determined to do better by her child and to succeed in life. The sweet scenes of Mickey with her son contrast to the street life that she witnesses daily. She has based her life on “decisions, not chance.”

The clever plot and involving characters of “Long Bright River” set a high standard for this new year.