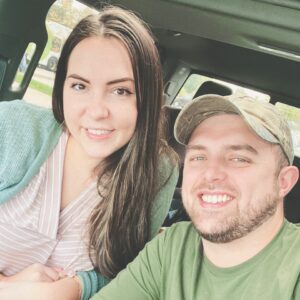 Ashli and Andy Fugate say they weren’t told their fiveyear old son was missing from Letcher School until after he had been found.

Parents of a kindergarten student who went missing from Letcher Elementary School for more than a half-hour this week say they are contacting a lawyer about what they say was “an epic failure” by the school.

Colton Fugate, 5, went missing from the playground at the school, which is separated from KY 7 by railroad tracks. Passersby found him a few hundred yards from the school, walking along KY 7. Police, fire, and search and rescue say they were not contacted about the missing child, and no Amber Alert was issued. His mother, Ashli Fugate, said she and his father, Andy Fugate, weren’t notified until after he was found.

“The teacher didn’t know he was gone. They lined everybody up and counted them and found out a child was missing,” Ashli Fugate said.

Colton was on the playground Monday when he decided he wanted to see his father and started walking home, Fugate said. The playground is not fully fenced, allowing children to walk out into the road leading to the school. Fugate said the school was supposed to have a fencing company there on Tuesday, but she said a new fence alone won’t fix the problem.

Letcher County Superintendent of Schools Denise Yonts said the fence will be put up as soon as possible. She said she was in a training and did not know about the situation until after the child was found. She declined to comment further, saying the district is investigating the incident.

While the school district declined to comment further, Fugate said Bob and Delana Banks were driving down the road and saw Colton walking.

Bob Banks said they had no idea the child was missing but saw him walking on the road and stopped. He said they only did what anyone else would and did not want to talk about the incident. He said others also stopped, but their names were not available. Ashli Fugate said Colton was scared to get into the Bankses’ car, so one of them took him by the hand and walked with him instead, staying with him until the school could meet them. Fugate estimated their son had walked about a mile by the time school staff met them.

Fugate said she and her husband have looked at the school policy on missing children, and were even more upset when they saw it had not followed.

Sheriff Mickey Stines said his office was not called by the school, but was notified by one of the couples who stopped on the road. He said deputies were on their way, but school staff reached the child before they arrived.