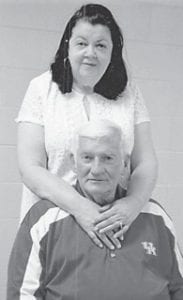 Funeral services for Mr. Baker will be held at 1 p.m. today, May 2, at the Jeremiah Missionary Baptist Church. Burial will follow in the J.R. Maggard Cemetery at Rockhouse.

Letcher Funeral Home of Whitesburg has charge of arrangements.