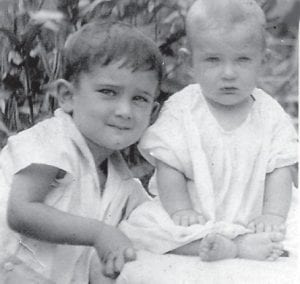 Everett Vanover, who was named the ‘cutest kid in Jenkins’, and his younger brother, Dickie, are pictured in 1930. Everett Vanover served 27 years in the military and his brother served 22 years and was in Korea and Vietnam. The photograph was taken in front of their home on High Street in Jenkins.