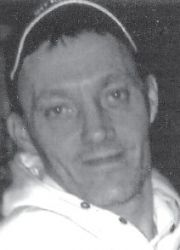 An family argument ended in tragedy when a 42-year-old Letcher County man shot and killed himself after wounding his brother and engaging in a standoff with police.

Kentucky State Police say Leslie Hughes and his brother, Danny Clayton Hughes, were arguing on Apple Tree Branch in Deane when Leslie Hughes fired several shots from a handgun, with one bullet striking Danny Hughes in the leg on Sept. 16.

Police said Leslie Hughes then ran into a wooded area where his body was found after an hour-long standoff with police. Letcher County Coroner Wallace Bolling Jr. pronounced Leslie Hughes dead at the scene from an apparent self-inflicted gunshot wound.

Two Army National Guard helicopters assigned to the state and federal Cannabis Suppression Team assisted with surveillance of the area and helped locate Hughes. The shooting remains under investigation by KSP Detective Charles Bledsoe and other detectives from KSP Post 13 in Hazard.

Police said Danny Hughes was flown to Holston Valley Medical Center in Kingsport, Tenn., for treatment of the leg wound and was released on Sept. 19.

Funeral services for Leslie Hughes were held Sept. 20 at the Haymond Free Pentecostal Church. Burial was in the Hughes Cemetery at Deane.

Leslie Hughes was a son of Stanley and Martha Hall Hughes of Deane.

Surviving other than his parents and brother Danny are his wife, Anna Shortridge Hughes; a son, Lesley Jared Hughes of Grundy, Va.; two daughters, Leiana Nicole Hughes and Ashli Natasha Hughes, both of Grundy, Va.; a brother, Keith Allen Hughes of Deane; one sister, Darlene Mobley of Deane; brother-in-law, James Mobley; six nieces and nephews; and one grandchild.