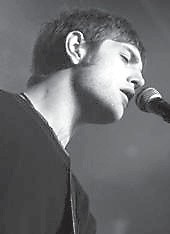 Browan Lollar is a former guitarist with Jason Isbell and The 400 Unit.

Former Jason Isbell and The 400 Unit guitarist Browan Lollar will return to Summit City in Whitesburg on Saturday (Sept. 8) with his new five-piece band The Grenadines. Special guests will be the band His Hopes Her Dreams.

Lollar, of Florence, Alabama, helped propel former Drive-By Trucker Isbell and The 400 Unit to critical acclaim during the five years before he left the band. The show begins at 8 p.m. For more information, call 633-2715.