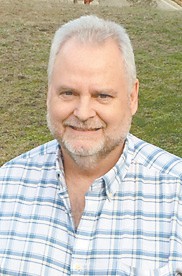 Richard Brown, of Little Dry Fork, was to be given the oath of office at 8:30 a.m. Wednesday by Letcher Circuit Judge James W. Craft II.

Brown, who had been working at Lowe’s in Hazard since his previous employer, Crawford Engineering of Whitesburg, closed its offices, said he hopes “to do the best job that I can.”

He said the retirement Tuesday of longtime deputy PVA Rick Rose “will make it a little harder.”

“I’ll have to fill that position,” he said, adding that he plans “to make any improvements if any are needed” to the office.

Brown was appointed by Kentucky Governor Matt Bevin, who chose from among seven people, including Rose, who passed a special exam required before late PVA Randy Hall of Haymond could be replaced.