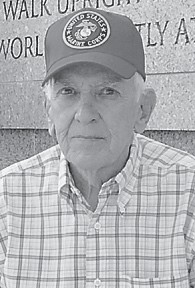 He attended Kentucky Wesleyan College and was graduated from the University of Kentucky, and was recalled to active duty in the Marines during the Korean War.

Franklin worked for the J.C. Penney Co. and Aldens Inc., and was manager of several department stores. After managing The Palace in Monroe, La., he purchased his own store in Bloomington, Ind., and later retired to northeast Louisiana..

He is survived by his wife, Shirley Franklin; a daughter, Britt Eads, of Lexington; a son Bryce Dale Franklin Jr. and wife Kathy of Lexington; four grandchildren; a great-grandchild; a sister, Madeline Gosser of Lexington; and a brother Beryl Franklin and wife Nancy of Monroe, La.

Burial will be in the Mill Springs National Cemetery at Nancy at 2:30 p.m. on September 28..