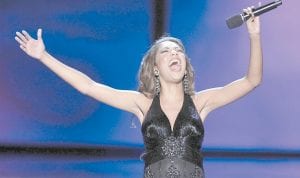 Miss America’s three year run on TLC is over after the cable network chose not to renew its television contract with the beauty pageant.

TLC declined on Monday to say why it was cutting ties with the 89-year-old competition after the pageant’s broadcast attracted 4.5 million viewers in January — the best showing ever for the pageant on cable.

Sam Haskell, chairman of the Miss America Organization, told The Associated Press that TLC executives indicated one week after the Jan. 30 pageant that they did not want to pick up a threeyear option that was part of their previous deal.

Instead, Haskell said TLC wanted a new two-year deal for less money, which he was unwilling to do.

“They’re not dumping Miss America,” Haskell said. “They wanted Miss America — they just didn’t want to pay the same numbers for it that they’d been paying.”

Haskell said four networks, ranging from broadcast to cable channels, have expressed strong interest in airing the pageant and are willing to pay what the TLC option would have paid or higher.

The television audience for this year’s pageant was 1 million viewers more than those for the 2009 pageant, but far below the 33 million who watched the pageant on broadcast TV in 1988.

The 2010 pageant — won by Miss Virginia Caressa Cameron — was No. 1 on cable the night it aired, excluding movies. It was held at the Planet Hollywood Resort & Casino on the Las Vegas Strip. Th

e pageant previously aired on Country Music Television and was last seen on network TV on ABC, which dropped the pageant after record-low ratings for the 2004 pageant.

The pageant, which celebrates its 90th year next year, was founded in Atlantic City, N.J., in 1921 as a bathing beauty revue.