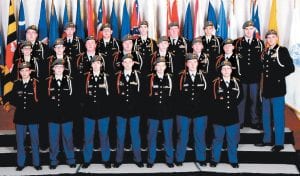 The cadets competed against 70 schools from all over the United States. The LCCHS teams consisted of the Color Guard Team, the Drill Team, the Exhibition Team, and the Inspection team.

As part of the competition trip, the students were afforded the opportunity to tour the University of Louisville campus. The campus tour was hosted by the University’s ROTC program director, and he also talked with the cadets about college scholarship opportunities and the importance of education, effort, and attitude.

The Public Affairs Office of Fort Knox gave the cadets a tour of their Blackhawk Aviation Unit. The pilot and the flight paramedic allowed the students to enter the Blackhawk Helicopter and have their pictures taken inside the choppers (see photo below). 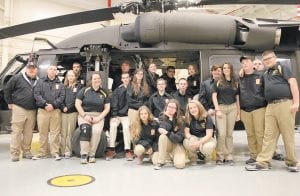