California is no stranger to wildfires 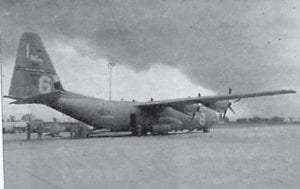 My second trip to Japan was in one of these fine aircraft. They have been flying over 50 years. They have both an airdrop capability and are tactical aircraft.

The California Air National Guard is providing two specialized firefighting C-1035 aircraft and crews to assist with wildfires raging across the state.

Their base of operations is out of Channel Islands Air National Guard Station, where the C-1305s are stationed, allowing shorter response times for all aircraft working the fires in southern California.

The air tankers will land and reload with fire retardant at the guard station. The Modular Airborne Fire Fighting System II slides into the back of an aircraft, and water or retardant is released through a nozzle on the rear left side of the plane.

This new system strengthens the firefighting arsenal as needed, and is a timely addition to current resources considering the extended heat and wind conditions anticipated through the fire season.