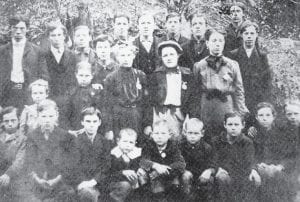 Merry Christmas everyone! Thanksgiving is just a memory, and I really hope it was a pleasant memory for everyone. I thought of all the homeless people who didn’t have food, however there were lots of people in the Cincinnati area that had free meals.

There are lots of places like the Free Food Store in Cincinnati that gives food for Thanksgiving and Christmas. On the television you can see people lined up to receive free food.

I bet on black Friday some of the same people are in lines waiting to get into the stores, carrying expensive cell phones. I’m thankful I’ve never had to ask for public assistance, although in our first year of marriage times were hard. To be honest almost 60 years ago, I really don’t know if there was help available.

I don’t recall of hearing of people being homeless. Come to think of it, we didn’t have a television when we were first married.

Thanksgiving was rather quiet at our house, as it was just my son Keith Ballard and I. At first Keith didn’t want me to go to the trouble to fix a big meal as Keith volunteers to serve Thanksgiving dinners at a church at times. Then Keith said he wouldn’t mind having turkey, dressing and cranberry sauce. 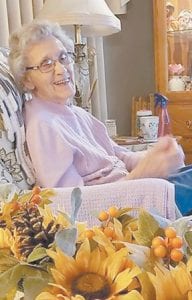 I believe this was the best turkey and dressing that I have ever fixed, as the turkey fell off the bone. I ate a bit of dressing, and was that ever a mistake.

Friday after Thanksgiving I took Johnny and Ann Calihan a small bowl of shucky beans as I know how they love the old-fashioned food. I knew Ann would go into her kitchen to make cornbread, so I decided to make a small pone or “skillet” of cornbread to take with the shucky beans, and some banana pudding.

When Ann saw the cornbread she started laughing, saying Johnny would have milk and bread for his supper, which he did.

Ann wanted me to tell Marcia how delicious the shucky beans were, and they were so good. 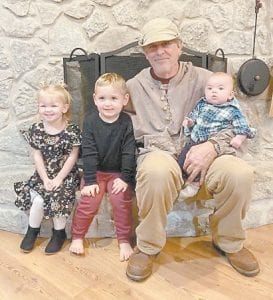 Keith and I started off having a quiet day when someone knocked on my door. My great-granddaughter Samantha Gray and her friend Kyle stopped to bring a sweet potato casserole that my daughter Kay had prepared for Keith. Sami lifted the turkey out of the oven for me, then I fixed her and Kyle a small plate as they had to go to Kyle’s parents and then to Kay’s for a family meal.

As usual, holidays take me back in time of childhood as I’ve so often written. Mommy didn’t make a big to-do about Thanksgiving or Christmas, except for a stack cake along with making sure she saved a mess of shucky beans. It goes into my first years of trying to make a home for a husband and baby when I wasn’t much more than a child myself.

Jack and I didn’t have money for special holiday meals, as we were trying to have enough food from week to week. Since I had no family out here and Jack came from a large family, we would go to his sister’s or to his mother’s for two or three years.

That was the last time I ever attended a Thanksgiving dinner away from home for the next 32 years, with the exception of one Thanksgiving we spent with my parents, Clayton and Ora Hall, in 1974.

Jack finally got a decent paying job, but we still had to watch close what we spent, as we had three children before I was 20 years old. I would iron for people to make a little extra money, or babysit.

In the summer we raised a huge garden. I would can food like Mommy did, by building a fire and putting jars of food in a washtub. The only thing that I wasn’t good at was making sauerkraut.

We would pick berries in the summer. I learned to make jelly, even made blackberry jam like Mommy did, just used sugar and berries.

Early of the morning you would find me working in the garden, darting back in to check on the children, until the sun started coming up then go in and start cleaning the house. Sometimes I was doing the laundry, which meant after washing the clothes I had to hang them on the line, summer and winter.

We lived in a house for four years without water or bathroom. Yes we survived and I was happy, as we had no neighbors.

Sometimes I look at my wrinkled hands, and when I look in the mirror I see the wrinkles, and gray hair. I have worn my body out working like a man, although I never worked outside my home except as assistant teacher for Head Start program, until our youngest was in school, then I worked part time as a sub cook through our local school district.

There was a way for me, for several years I have worked my fool head off, and had a decent car to head for the mountains occasionally. Then two years ago a way was made that if I don’t want to work, I don’t have to. Just when my car was about to give out on me I got another one, then the accident June 1 totaling my car almost cost my life.

I even managed to get another new one, and by watching and being careful I can go to the mountains when I want to go. I really lead a wild life to be almost 75 years old

What everyone doesn’t realize is that in my car, with health problems, you will find a small blue or green bag lying close to me, in case I need it. I have to take frequent stops to rest now, and haven’t been able to dance in six months.

Sunday was the Old Time Fiddlers’ Christmas party. We had plenty of good food, with the exception of the scalloped potatoes, which weren’t the best that I’ve made.

My great-granddaughter Samantha Gray baked something called Blueberry Surprise and brought it to me for the party, as my daughter Kay Gray was supposed to. Kay had her plans interrupted so she gave Sami the instructions to fix the dessert for the party.

The music was exceptionally great as lots of Christmas music was provided by the musicians.

There’s no use asking if you have your Christmas tree up, as several have showed pictures that Christmas decorations have been up since Halloween. I never try to put anything up until after Thanksgiving is over. I may not try to put up a tree this year, as it is difficult task for me to do.

The Christmas tree is in three sections and stored in the basement. I could Keith to bring it up the stairs for me, but there’s just too much of a struggle trying to get the containers of decorations.

I will just have to wait and see what the next few days will bring. If I will just be honest, I am not in a festive mood this year.

Johnny and Ann Calihan had as good a Thanksgiving as possible. There were 30 family members who gathered at Johnny and Ann’s. Their daughter Carol and her husband Jack Dieckman weren’t able to make it due to Carol being very ill.

I haven’t checked to see what kind of Thanksgiving Les and Pat Wagner had. I’m sure it was a good one.

Belated happy birthday to Les and Pat on Dec. 2, as they share the same birthday.

Well, time is catching up with me, so until next time.