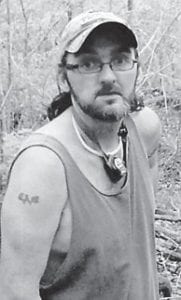 A son of the late Randy Branham and Danelda Brock Branham, he was the widower of Tina Gibson Branham.

He was preceded in death by his paternal grandfather, Cam Branham; his maternal grandparents, Dan Brock and Loretta Craft Brock; and three uncles, Cameron Branham, Wayne Branham, and Bryce Baker.

Funeral services were held January 18 at Pine Creek Pentecostal Church. Burial was in the Craft Cemetery at Mayking.